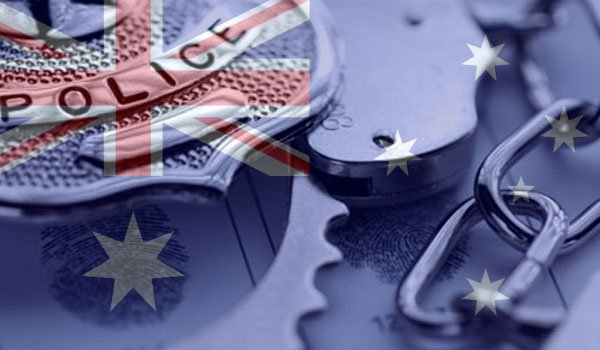 A very disturbing piece of news came in from Down Under. Two Australian police officers were revealed to use their co-workers’ private information to create several hundreds of betting accounts at online sports betting sites in Australia. The accounts were then used to wager on behalf of two renowned betting whales.

Facts about the investigation

The investigation into the matter actually began in May 2012 and was carried out by The New South Wales Police Integrity Commission (PIC). But it was only this week that the story of the scamming ring has reached the general public through Australian gambling news.

The two implicated police officers went on to use this info to set up hundreds of online betting accounts under at a long list of bookies Australian gambling laws. These accounts, or “bowlers”, were then used to place large sums of money without attracting unnecessary attention.

Allegedly the bets Smith and Williams placed, were done on behalf of Darren Azzopardi and Stephen Fletcher, a pair of notorious, world-renowned gamblers, who are banned from most bet on sports in Australia and worldwide opportunities. Fletcher’s budget is believed to reach a cool $1 million a week. Back in 2011 he was alleged of insider trading, but never convicted.

Williams has already revealed that be became involved in the betting ring following an uninsured car accident, which led to some financial troubles. The policeman was approached by Fletcher offering a “helping hand.”

Anthony Williams set up the betting accounts from various internet cafes. And apparently there are even phone calls recorded of Williams and the two betting whales discussing how to hide the betting activity better.

An unidentified bookie has actually closed on of Williams’ accounts, after the IP address matched that of a different account. Williams reacted with an angry email and continued to deceive the online bookmaker.

Williams refuses to acknowledge that his behavior has been deceptive. Here’s what he had to say on the matter: “Deceive is a strong word. I am trying to get a free bet. I do not know if it was deceptive.” Smith, on the other hand, has actually admitted to wrongdoing, confirming that his actions were carried out in order to deceive the online betting destinations.

The betting ring story wouldn’t be complete without a very surprising twist. A report in the Fairfax Media stated that Fletcher actually owned 500,000 shares of Gaming Investments, a Brisbane-based parent company of Bookmaker. Ladbrokes acquired Bookmaker in September 2013. This was one of the online betting sites the fraudulent activity went on, and naturally, Fletcher was banned from betting there.

Of course stories about officers of the law actually breaking the law always attract lots of attention. And there’s nothing else to do than set an example for others by punishing hard the ones who have been caught. Let’s hope this will be the case in the latest Australian story too.