In what is seen as a "significant victory" for providers of online sportsbooks in Australia, a New South Wales federal court yesterday 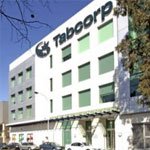 In what is seen as a “significant victory” for providers of online sportsbooks in Australia, a New South Wales federal court yesterday ruled in favor of Sportsbet bookmakers and against the unfair practices in favor of government-owned Tabcorp. Sportsbet is owned by international bookmaker Paddy Power.

Judges ruled that authorities running New South Wales racing had discriminated in favor of Tabcorp in imposing too high turnover fees in regulations within the latest Australian gambling laws. The court stated that Tabcorp attorneys had “abundantly proven” its case that fee collection imposed on Sportsbet was “protectionist, discriminatory and unlawful” and sentenced Tabcorp to a AU$2 million ($1.75 million) fine.

Industry bodies began charging all bookmakers a 1.5% turnover fee in 2008. The court found Sportsbet, having paid approximately AU$229,000 ($200,000) per month in turnovers fees, was discriminated against because Tabcorp was later rewarded rebates in the amount of the fees it had paid.

As in many countries, Australian gambling laws are in a bit of a gray area, with only government-approved providers allowed to provide online poker and sports betting in Australia. Many Australians play at offshore casinos which are unregulated and untaxed: Estimates say that $790 million was spent at foreign based sites in 2008 and will top $1 billion in 2010 with World Cup betting figuring in heavily.