A landmark court battle came to an end this week, bringing forth some significant changes to New Zealand gambling laws. 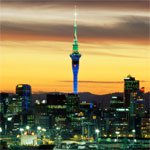 A landmark court battle came to an end this week, bringing forth some significant changes to New Zealand gambling laws. The court ruled that poker tournaments are not a form of gambling, but should instead be considered to be competitions. This decision, and other rulings made by the court, could have far-reaching effects on the internet poker industry in New Zealand.

The court case was initiated by the New Zealand Department of Internal Affairs who brought charges against TVWorks Limited, a company that owns two local television stations. The charges claimed that TVWorks was running paid advertisements for PokerStars.net, a free poker site connected with the real-money site PokerStars that lets people play online poker in New Zealand. These adverts, said the DIA, violate the Gambling Act 2003 by enticing New Zealanders to gamble at a website hosted overseas.

The case ended with the judge dismissing all charges. It was decided that PokerStars.net is not a promotion of an offshore gambling site, and is not likely to induce locals to gamble online. The judge said that PokerStars.net is not a gambling website since its games are not played for real money. Further, it was decided that poker tournaments like Poker Stars’ Asia Pacific Poker Tour are not a form of gambling, but are actually competitions. The judge’s basic argument is that players pay a fee to join a tournament, and winners are rewarded with a part of that entry money – they are not betting on the outcome of the games, but are rather competing against one another for prizes.

What effect these rulings will have on online poker sites in New Zealand is not yet clear. It is likely that there will be a sharp increase in .net poker sites since they can now be advertised freely – the sites could be used to promote various online poker events. An increase in the number of poker tournaments is also likely, since poker tournaments (as long as they follow a competition-style format) are now free from the shackles of New Zealand gambling law.