As lawsuits crop up across the globe which see gamblers suing casinos for “taking advantage” of their gambling habits, a similar court 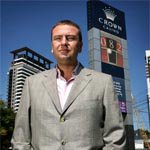 As lawsuits crop up across the globe which see gamblers suing casinos for “taking advantage” of their gambling habits, a similar court case has just drawn to a close in Australia. Harry Kakavas, a 42 year old property developer, wagered close to 1.4 billion US dollars at Melbourne’s Crown Casino during a 16-month gambling spree. Kakavas lost 30 million Australian dollars (27 million US dollars) during that time, and was eventually banned from Crown Casino for blowing 2 million dollars during a span of just 43 minutes back in August 2006.

Kakavas filed suit against the Crown Casino in an attempt to recoup some of his losses. In his lawsuit, Kakavas could not appeal to Australian gambling laws because they do not specifically address the issue of how casinos treat problem gamblers. Instead, he and his lawyers claimed that casino staff facilitated and encouraged his pathological betting habits. The casino showered the man with free gifts, and even let him use the casino’s private jet to travel to and from Melbourne. Kakavas claimed the casino was aware of his gambling addiction, and continued to “lure” him even after he signed a self-exclusion order which should have banned him from the casino for life.

Supreme Court Judge David Harper ruled on Tuesday that the casino had not in fact taken advantage of the man. Kakavas must now pay back nearly 1 million US dollars that he borrowed from the Crown Casino during his gambling spree. “Crown had no conception of Mr Kakavas as suffering from any kind of relevant disadvantage,” the judge said. Judge Harper called the casino “seriously careless”, but said this fact did not substantiate any claims Kakavas made against the establishment.

As more and more cases like this appear across the globe, it would seem that countries need to amend their gambling laws in order to address the issue. Regardless of legislation, these court cases tend to suggest that most courts are of the opinion that casinos are not responsible for the behavior of their patrons.