Poker Industry Makes Effort to be Green with Help from Ecuador

Many people don’t realize it, but when it comes to the being environmentally friendly, the poker industry does not rank high on 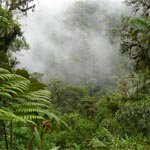 Many people don’t realize it, but when it comes to the being environmentally friendly, the poker industry does not rank high on the list of do-gooders. Fortunately for Mother Nature, help is on the way, and its coming in a variety of different modes.


The problem lies in a few different basic bad habits that flourish in the industry. The first problem with land-based poker tournaments is the amount of waste that they produce. Lots of plastic products are used and discarded, recycling is not properly enforced, and the amount of energy that a casino uses is staggering. But that’s not all – international tournaments draw very large crowds, most of which travel by plane and, therefore, expel copious amounts of carbon dioxide.


Several new initiatives are springing into action to prevent the current levels of destruction from continuing. The first step, and probably the easiest to execute, is the cutting back on waste in land-based casinos. A company, EGM Green, has also been making an effort towards green-ness through their environmentally friendly gambling products such as poker tables which are made from 97% naturally sustainable materials and 100% post-industry recycled synthetic fiber.


An interesting program being considered to cut back on carbon dioxide emissions is known as carbon offset. This industry is partially headed by Ecuador. Basically, industries concerned with their carbon dioxide production can buy certificates that represent a reduction of carbon emissions. Upon purchasing such a certificate, trees are planted in Ecuador that may produce enough oxygen to potentially offset the carbon dioxide that’s being produced.


Ecuadorian gambling laws are very lax when it comes to gambling. Almost all forms of gambling are legal. The Ecuadorian government doesn’t give licenses out to online casinos, but there are still many online gambling sites in Ecuador or at least sites that cater to Ecuadorians.


There are 13 major casinos in Ecuador to satisfy the gambling hunger of its people, but international tournaments are not usually held there. According to experts, internet gambling in Ecuador and the rest of the world is one good way to cut back on both the waste and the carbon dioxide emissions produced by land-based poker tournaments.


Efforts are being made in Ecuador and in many other countries to cut back on the environmental harm caused by the gambling industry. As this sentiment strengthens, the world can expect a much greener gambling industry, among others.