In recent months, machines that look like a cross between an arcade game and a video slot have been showing up in 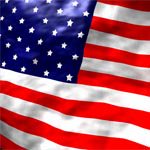 In recent months, machines that look like a cross between an arcade game and a video slot have been showing up in public places all across the south-eastern United States, primarily in Florida and North Carolina, but they have been noted as far west as Ohio. According to American gambling laws, video gaming machines and other games of chances are illegal in these states. According to the operators who are in charge of these machines, however, they are not offering gambling.


The machines are somewhat unusual. Before they can be used, patrons must buy a product, usually a pre-paid phone card or pre-paid internet access card. At the moment of the purchase, the machine decides whether or not the customer is a winner. Next, the vending machine either sends a unique player code to the cashier, or dispenses a unique swipe-card along with the purchased product. Patrons then use either the pin code or the swipe-card in a “sweepstakes machine” to see if they are a winner. The machine dispenses receipts showing the amount won, and players redeem their prize with the cashier.


There are two key features that operators choose to focus on when arguing that the machines are legal. First, participation is entirely optional, and patrons can walk out of the store after buying a product. Second, winners are predetermined, so that before patrons even touch the “sweepstakes machine”, they hold a swipe-card or pin number that has decided whether or not they have won.


Police across the American south-east have been receiving complaints about these machines. State District Attorneys argue that the machines are illegal, but for every point they make, operators come up with a counterpoint arguing for their legality. One operator likens the machines to any other sweepstakes: “To me, it’s not much different from going to McDonald’s and buying a pack of fries and getting the chance to win a million dollars.”


Ultimately, the problem comes down to broad gambling laws that are imprecisely written, letting operators find “loopholes” they can exploit – a situation not dissimilar to the current confusing regarding internet gambling in the United States. The Entertainment Group of North Carolina is lobbying for licensing and taxation of these machines not because they want to legalize them, but because they want to control them. The future of these “sweepstakes machines”, however, remains to be seen.