Over the last several months, Australian lawmakers have been trying to discourage gambling by regulating gambling with human behavior control devices. 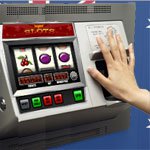 Over the last several months, Australian lawmakers have been trying to discourage gambling. Recently a plan was announced that Australia would regulate gambling with human behavior control devices. Now, the lawmakers have heard objections from those who dislike the arrangement.

While land-based casinos generate significant revenue for the Australian government, some lawmakers such as Nick Xenophon wish to inflict harsh policies upon the rest of the country to protect a minority of problematic gamblers from themselves. Xenophon has gone so far as to strike a deal with the government to make the reduction of problem gambling a priority for 2011.

Clubs Australia, an organization representing gambling operations throughout the nation, is even disputing whether compulsive gambling is as severe a problem as the government suggests. Clubs Australia President Peter Newell suggests that a more effective solution than attempting to impose gambling limits would be to identify compulsive gamblers and arrange treatment for them. Newell believes the new legislation will drive casual gamblers out of the land-based cases. Moreover, Clubs Australia suggests that the new policy won’t be effective with the real problem gamblers because they could easily turn to online gambling sites in Australia to get around the restrictions.

Clubs Australia claims that a mathematical mistake has precipitated an overly-harsh compulsive gambling problem report which does not correctly indicate the quantity of Australians suffering from a gambling addiction. Regardless, Australia is known to have gamblers numbering in the millions even though internet gambling in Australia is not nearly as popular as internet gambling in other countries, such as the United States. Clubs Australia implies (with their hypothesis that reducing land-based gambling will lead to more online gambling) that this discrepancy is explained only by the ease of access to slot machines and other wagering based amusements that Australians currently enjoy.