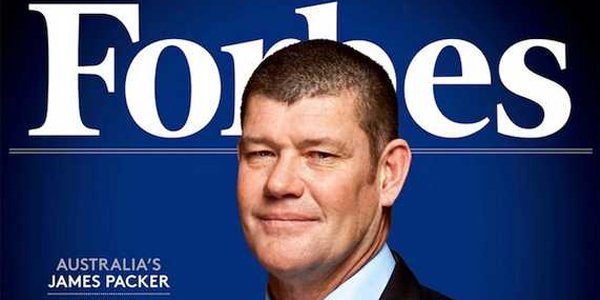 Despite the spectacular failure five years ago, when his entire US casino development company filed for bankruptcy, Crown Resorts Limited chairman James Packer just won’t quit. Bloomberg has reported that the Australian businessman is in the process on acquiring a parcel of land in Sin City, home of the most popular American poker rooms.

Crown Resorts has already spent $280 million on the Las Vegas casino project. This includes buying land on the Las Vegas Boulevard, namely the place where the famous New Frontier casino used to be.

Packer has brought on former Wynn Las Vegas President and Chief Operating Officer Andrew Pascal as a partner, and the project will be getting financial support from Oaktree Capital Management.

Back to the USA

The New Frontier Hotel and Casino stood across the road from the Wynn Las Vegas. The property was demolished in 2007, but Packer has reportedly claimed 10% of the debt held by Oaktree Capital and has new and exciting plans for the unused piece of land.

Packer has had his eyes on the New Frontier property since 2007, when he intended to team up with Wynn on a joint bid to buy the land. But the Elad Group from Israel beat them to it. They too had plans to build a $6 billion Plaza Hotel-branded venue on the vacant lot, but abandoned the project in 2011. That’s when Oaktree bought the property, together with other creditors.

Crown’s determination to build a casino in Vegas is surprising, considering how the company is still dealing with the legal repercussions from the Fontainebleau Las Vegas project, which collapsed in the 2008.

“You can’t be in the gaming industry and not have a special reverence for Las Vegas – that’s where it all began,” Packer explained. “As we have built Crown Resorts into a thriving international company with successful casino ventures in Australia, Macau, and London, we’ve always kept our eye on Las Vegas.

“And while we fell short in past attempts to enter that market, we now have the ideal opportunity – with a great local partner in Andrew, a leading financial investor in Oaktree, and the perfect piece of property,” he added.

Crown’s operations in Australia have been very profitable so far and now the company is preparing to make a new investment in Sydney. The VIP casino targeting Asian high-rollers is all over the news. The proposed $1.5 billion luxury casino and hotel will be built on the Barangaroo waterfront.

The media reported Crown had to pay an upfront license fee of $100 million in order to get the green light for its project. The casino developer has also agreed to pay a 29% tax on non-rebate gaming.

In addition, Crown had to guarantee that the total of licensing fees and gaming tax payments made to the New South Wales Government over the first 15 years will exceed $1 billion. These are the conditions under which the company received approval to move forward with its plans.

Plans include a six-star casino resort with a 60-storey, 250-meter tower with multimillion-dollar penthouse apartments. The resort will offer private VIP gaming suites, restaurants and bars, as well as luxury sundecks and an infinity pool.

But back in the old USA, the future is not looking so glamorous. Despite American gambling laws being fully supportive of the land-based casino industry, profits have been dropping over the past few years.

In 2013, the 263 casinos in Nevada suffered their fifth consecutive fiscal year net loss. There was a slight overall increase in revenue, but this does not compensate for much, as the gambling state is clearly following a declining trend.

On the famous Las Vegas Strip, casinos experienced a similar fate. While overall revenue increased 1.7% in 2013, the ones located on the Strip have lost almost $1.5 billion. Still, this was less than the $1.7 billion net loss experienced in 2012.

Considering that the last time Nevada’s gambling venues posted a net profit was back in 2008 (when they made $721.1 million), it looks like Packer is making another risky investment. Only time will tell whether it’s worth the gamble.