Australian Online Sportsbook Gives Up On Its UK Gambling License 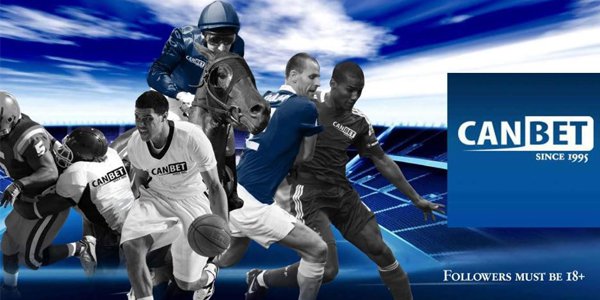 Canbet, Australian online gambling company, gave up on its UK gambling license, and there are speculations that this move was undertaken, so that an embarrassing situation of the Commission pulling it, would be avoided.

Canbet, an online sportsbook in Australia licensed with the UK Gambling Commission, became notoriously famous last year when it couldn’t pay its players.

The accounts of its customers were frozen for several months and Canbet was at the verge of various lawsuits regarding the unpleasant situation.

The beginning of the end

• The problems started last year when it stopped paying its clients

• The company blamed in on software issues

• It is suspected that Canbet gave up on its license, because it wanted to avoid the shame of having the license taken away

The obligations that the operator has toward its players are reported to be nearly $2 million and after it pulled out of the business it left thousands of punters empty-handed.

The problems started last year when Canbet originally blames the problems on software issues and explain the slow speed and the lack of payments towards its clients with these IT troubles.

As the situation didn’t change, customers tried to reach to Canbet representatives, but didn’t find any understanding or reasonable explanation. This is when all the lawsuits and complaints towards the UK Gambling Commission were initiated.

There were even attempts to reach out to the parent company of Canbet, Interactive Gaming and Sports Group, based in Melbourne, but without any luck either.

The whole situation became crystal clear in the beginning of 2014 when the company’s director Peter Lord spoke with the Australian Broadcasting Corporation, explaining that the company was trying to figure out a solution and repay its clients, but also possibilities were doomed to fail.

He said that there were “no plans to revive the website, which is currently offline.” Moreover: “Sales negotiations are ongoing.”

Lord added: “As indicated to the customers that currently have withdrawal requests, we are making an all-out effort to ensure the necessary assets are liquidated to ensure they are paid.”

The current state of affairs

Canbet executives were further accused of taking unregulated sports’ bets on horse racing, on the three states in Australia. Furthermore, Racing Victoria and Racing Queensland confirmed that Canbet was not approved to place bets on racing in their states.

Lately in April, the Commission was still dealing with the problem and finally announced that Canbet didn’t manage to raise additional funding, therefore it was obliged to consider a sell-off of assets, so that it could pay off the growing list of creditors and unhappy players.

Keeping in mind the new UK gambling law that was just introduced, concerning all national and offshore gambling operators, which will be charged new 15% tax on all profits generated with British players, the Commission is definitely under a lot of pressure and doesn’t need further complications.

The situation seems to be clearer since 7th May when the Commission announced that Canbet gave up its license, but still the future of the company and the situation with the money of its players is completely unclear.