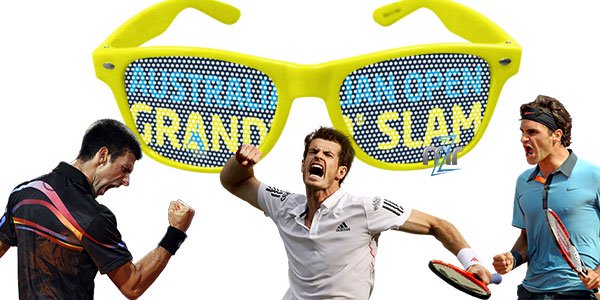 Here are the best Australian Open 2016 outright odds for the top four players.

With the winter break is over, the normal life of a Grand Slam winner is back to focusing on nig tournaments. After the smaller, warm-up events, here comes arguably the most demanding tennis tournament in the ATP schedule in Melbourne. Extreme heat is a recurring issue on these events, so stamina is vital for those who want to win seven games to capture the trophy. Let’s check out the best Australian Open 2016 outright odds for the men’s singles event provided by Bwin Sports!

The reigning champion and world’s No. 1 is naturally the favourite to win the tournament in Melbourne once again. That would be his sixth success on the Australian Open, tying all-time leader Roy Emerson. Djokovic won ten titles in 2015, losing five matches only during the year.

He was the third player after Rod Laver and Roger Federer to appear in all four Grand Slam finals in a year in the open era. He racked up three Grand Slam and six Masters titles, plus the ATP World Championship. This year he will go for the career slam – he would be the second male player to do that after Rod Laver. It would be an upset if somebody else would win the tournament according to online sportsbooks in Australia.

Andy Murray was world’s No. 2 at the end of last year – a feature that he was able to achieve for the first time in his career. He helped Great Britain to a Davis Cup victory, the first in 79 years.

He was also able to break an eight-match-long losing streak against Djokovic in Montreal. He could be the Serb’s number one challenger, not only in Melbourne but during the whole year. Bwin Sports has the best Australian Open 2016 outright odds for him to win the tournament amongst internet betting operators.

The Swiss legend is in for another year amongst the pros. However, this time he will be without his childhood idol, coach Stefan Edberg. The two have ended their two-year-long working relationship in December, which was originally intended for one year only. Expect this one to be the last or the penultimate season for the Swiss. At 34, every tournament is a gift for a tennis player, even for Roger Federer. With a so strong Djokovic in the mix, it would be a huge surprise if Federer would be able to win in Melbourne.

The other Swiss star has one win from Australia on his resume, and he was the only player who was able to beat Djokovic at a Grand Slam tournament last year, winning the Roland Garros.

He can repeat that feature anytime, but he can also eliminate against anyone, this how it is with Stan. He has been struggling with consistency for long, but at least he made it into the world’s elite in the last few years. He can go for a victory against Djokovic this year too, but maybe it would be even more important for him to establish a steady form.

For more Australian Open 2016 outright odds and other online betting markets, browse the selection of Bwin Sports. To find out more on one of the best internet betting sites in the EU and worldwide offering tennis, read the Bwin Sports review in our online sportsbook reviews section!