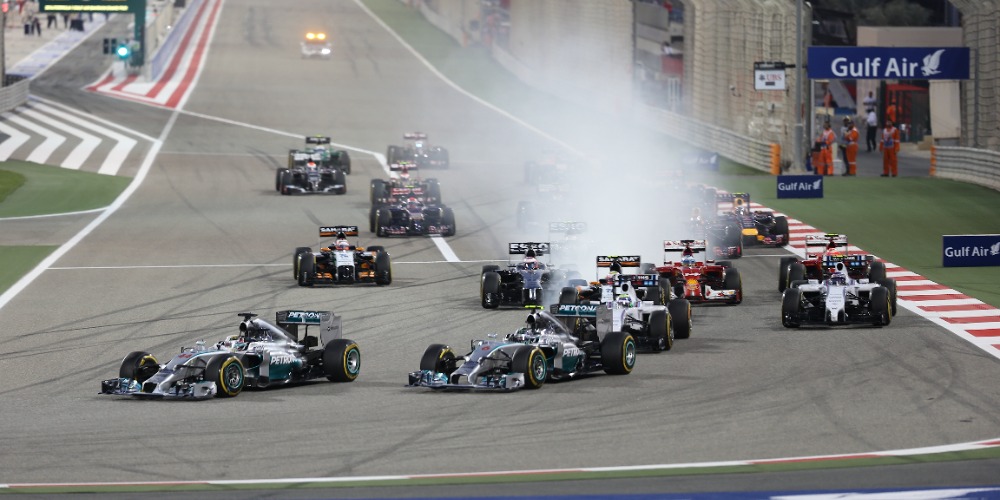 The Bahrain Grand Prix early predictions indicate to an exciting new Formula season. With the new revolutionary regulations, teams are hastily preparing for the season. The previous season featured one of the closest and most competitive battles in recent history with Verstappen stealing the title away in the last lap of the final race. Therefore, anticipation for how the 2022 season will play out is high and it starts with the first season in the calendar. Which driver and team will clinch the first crucial victory in the Bahrain Grand Prix?

There is no doubt that Lewis Hamilton is one of the greatest drivers in the history of the sport. The British driver holds many records to his name and numbers show that he is miles ahead of everyone else. Hamilton holds the record for most wins, poles, championships, and more. Although he is a talented driver, those achievements are also thanks to the machinery that Mercedes provided him with. The relationship between Hamilton and the team is truly one of a kind. The two have won a record-breaking six Driver’s Championships and eight constructors titles.

Mercedes has some of the best engineers in the world which usually results in them delivering the best car on the grid. Therefore, with the new regulations for the new season, expectations that Hamilton and Mercedes will be one step ahead of the competition. With that in mind, bookies and online sportsbook sites in the United Kingdom have published their Bahrain Grand Prix early predictions. At 22BET Sportsbook, the odds show that Hamilton opens as the favorite to win the opening race with 2.75.

Max Verstappen Looking For Positive Start to the Season

After the conclusion of a controversial 2021 season, Max Verstappen ended the season as the new World Champion. Although many people within the Formula 1 community believe that it was undeserved, it should not take away from the amazing performance of the Dutch driver.

Red bull were able to finally provide him with a machinery that can compete with Hamilton and Mercedes. However, there are rumors of the team focusing too much on the 2021 car which will put them on the backfoot in the upcoming season. Nevertheless, we will never know until the beginning of the Bahrain race. Based on their performance in the previous season, 22BET Sportsbook put Verstappen and Red Bull as the 2nd favorite in their Bahrain Grand Prix early predictions. The betting odds for the world champion to kick-off the season with a win are 3.24.

Will Charles Leclerc Make The Breakthrough?

Charles Leclerc is without a doubt a championship driver if he is given a competitive car. The Monacan made his F1 debut and 2018 and outperformed former champion and teammate Sebastian Vettel. Leclerc finished the season in 3rd place and was 24 points ahead of his teammate.

As a result, fans within the F1 community believe that he could potentially win a world title. In addition, with rumors saying that Ferrari will deliver a car championship-level car, Leclerc may start the season with a strong performance. However, again these are all rumors and we will never know until the beginning of the race weekend. Regardless of that, 22BET Sportsbook put him in 4th place in its Bahrain Grand Prix early predictions and he opens betting odds at 11.00 to win the race.

Since winning the Formula 2 championship four years ago, George Russell was destined to join Mercedes to succeed Lewis Hamilton. After three years with Williams Racing Team, the talented youngster will finally be driving the Mercedes car in 2022. Great expectations are put on the British youngster to perform well in his first season. Some even believe that he will beat Hamilton since both will have the same car.

Russell has previously shown what he can do in a Mercedes in 2020 after replacing Lewis in the Sakhir Grand Prix and came close to winning the race. Therefore, it is not unlikely to start the season with a strong performance. As a result, 22BET Sportsbook put him as the 3rd favorite in Bahrain Grand Prix early predictions, and his odds stand at 7.00. Do you think the youngster will be able to beat Lewis?

At the beginning of 2021, no one would have predicted the performance Carlos Sainz put on in the season. The 27-year-old was going to take the role of the second driver and support Charles Leclerc. However, he was consistent throughout the season and even managed to beat his teammate. Sainz finished his first season with Ferrari 5.5 points ahead of Leclerc. Therefore, with more time to prepare for the new season and adapt the car, expect him to be even better in 2022. In addition, Ferrari will not be treating him as the second driver anymore which gives him better chances at winning more races. As a result, online sportsbook sites in the United Kingdom put him just behind Leclerc in their Bahrain Grand Prix early predictions. At 22BET Sportsbook, the betting odds for Sainz to win the first race of the season are 13.00.

Bahrain Grand Prix Early Predictions for the Other Drivers

If you believe that none of the previous names will win the Bahrain Grand Prix, bookies provide you with every other possible option. On top of this list is Red Bull’s Sergio Perez who played a significant part in helping Max win his first championship. Checo had a very slow start to the 2021 season and needed a lot of time to adapt to the new car. Therefore, it is unlikely to see him winning the first race of the season. Regardless of that, he opens as the 6th favorite in the Bahrain Grand Prix early predictions with odds at 17.00. In addition to that, bookies offer you the opportunity to bet on other drivers as well as the table below shows. However, the likelihood of any of the following drivers winning the Bahrain Grand Prix is minimal, so only bet on them with a good reason behind your choice.