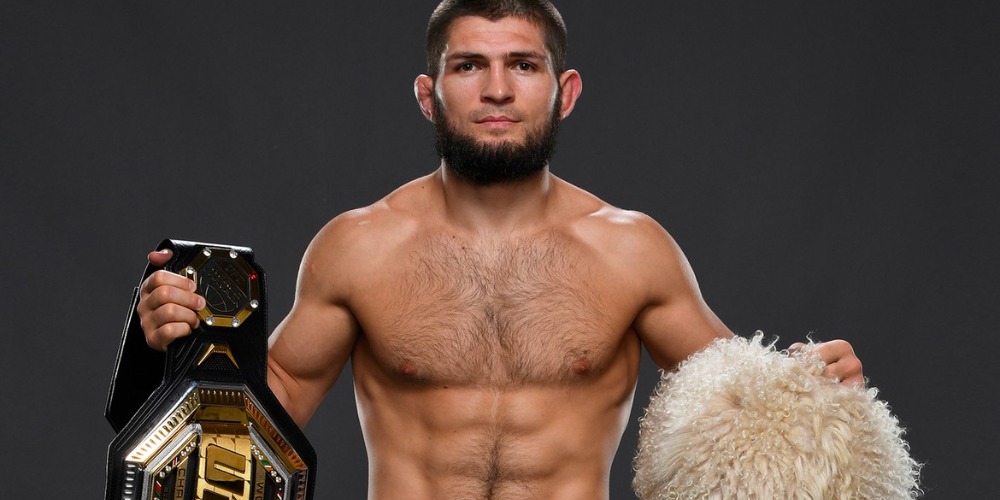 Lightweight title holder predictions feature some of the best names the division has to offer. Many people within the MMA community consider the lightweight division to be the best in the organization. In fact, it is the most competitive division in the UFC. After the departure of Khabib, predictions for the new lightweight king became wide open. Currently, Charles Olivera is holding that belt as the champion of the division. However, he will have to go through the toughest competition, so will he keep his title by the end of the year? Or will there be a new lightweight champion reign?

The Most Competitive Division in the UFC

There is no doubt that the lightweight division within the UFC is the most competitive at the organization. After the departure of Khabib Nurmagomedov, the belt became up for grabs. Many candidates were in contention to inherit the throne from the Dagestani. However, Charles Oliveira rose to the occasion to become the new king of lightweights. The Brazilian won the belt over Michael Chandler in May of last year via TKO and successfully defended it against Dustin Poirier in December as well. With such impressive wins, everyone in the MMA community agrees that Do Bronx deserves the position he put himself in. However, he is bound to clash with other top talented mixed martial artists in the future which opens interesting Lightweight title holder predictions for this year. Who will be holding that belt on his shoulder on December 31 of 2022?

At the moment, you cannot ignore mentioning Islam Makhachev if you want to have a discussion about the Lightweight championship. Many within the MMA community consider Makhachev to be the modified version of Khabib. The 30-year-old possesses the same level of wrestling as that of The Eagle but is a much better striker. Currently, Islam is on a 9-fight win streak with his latest 3 wins coming via submission.

With such impressive performances and having Khabib as his mentor, many believe that his destined to become the lightweight champion. Taking that into consideration, bookies and online sportsbook sites in the United States have put Islam as the favorite in their Lightweight title holder predictions. For instance, 22BET Sportsbook has him open with betting odds at 2.965. If all goes according to plan, it will be difficult to stop the Makhachev train from getting that golden belt.

After starting his UFC career as a featherweight, Charles Oliveira and his team decided to move up a weight class. The Brazilian struggled to make the 145 Lb limit which affected his performances in the octagon. However, Do Bronx became a different kind of fighter since moving to lightweight. His record shows that he is on a 10-fight win streak with victories over some of the best the division has to offer.

His hard work has been rewarded after becoming the champion of the division in 2021. There is no doubt that Oliveira is the best when it comes to submitting opponents and is one of the most well-rounded fighters in the UFC. Therefore, it will be extremely difficult to take that belt away from him. With that in mind,22BET Sportsbook put him in 2nd place in its Lightweight title holder predictions with betting odds at 3.00.

Beneil Dariush Final Obstacle Before A Shot at the Title

Another contender that made his way into title contention is Beneil Dariush. The American mixed martial artist is on a 7-fight win streak which puts him in the #3 spot of the lightweight rankings. His latest win over Tony Ferguson established him as one of the most dangerous fighters of the division. However, his upcoming fight against Makhachev is the most important of his career.

This will be a title eliminator contest with the winner almost guaranteeing a shot at the title. Being such a well-rounded fighter with a strong background in wrestling, many believe that Beneil has a great chance at defeating the current champion Charles Oliveira. Therefore, if he overcomes the Makhachev obstacle, he certainly has a great chance at becoming the new UFC lightweight king. With that in mind, 22BET Sportsbook put him as the 3rd favorite in its Lightweight title holder predictions with odds at 5.00.

With his nickname “The Highlight”, Justin Gaethje is one of the most exciting fighters to watch inside the UFC octagon. The 33-year-old possesses one of the most powerful punches in the lightweight division. After 23 wins as a professional fighter, the American mixed martial artist finish 20 of those by way of knockout. In addition, as a former title challenger, Gaethje knows exactly what it takes to win that golden belt.

Therefore, with his scheduled title shot against the Oliveira, he will be motivated to take that belt away. Looking at his skillset, Gaethje certainly has all the weapons to take Olivera out. He has better striking with an excellent wrestling background. As a result, the 33-year-old opens as the 4th favorite in the Lightweight title holder predictions. At 22BET Sportsbook, the betting odds for Gaethje to end the year with the belt are 6.95.

Conor McGregor Makes it to the Lightweight Title Holder Predictions

McGregor concludes our list for the Lightweight title holder predictions. Although the Irishman has won one fight since 2016, he is still the biggest superstar in the world of mixed martial arts. Earlier this year, there were even rumors of the Irishman jumping the queue to fight Oliveira for the belt. Although such a fight does not necessarily make sense, it is still a business at the end of the day. Therefore, the UFC will organize fights that will generate the most amount of money. With that in mind, it is not highly unlikely to see Conor fighting for the belt and finishing the year as the champion of the division. As a result, 22BET Sportsbook offers you the option to bet on him with odds at 10.00. Do you think Conor will get that belt? If not, who do you predict will have it by the end of 2022?