Dele Alli Transfer Odds – Spurs Offer Him In The Market 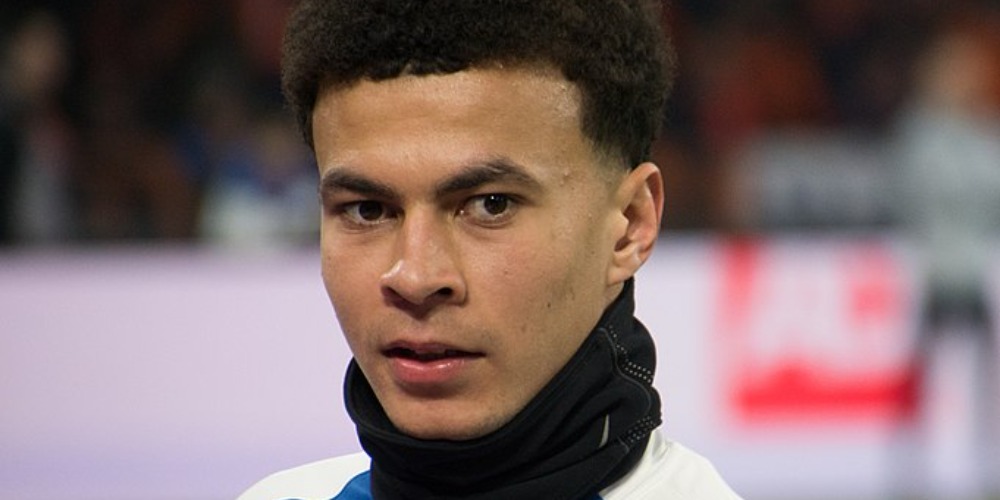 Dele Alli’s transfer odds reveal several interesting options as the player’s relationship with Tottenham seems to be ending soon. The club has made clear to the 25-year-old that he is no longer part of their plans. As a result, Alli is currently seeking a new home at which he gets to have more playing time on the pitch. Being such a talented youngster with massive potential, many clubs are currently considering making a move. However, nothing is official yet with a few clubs in talks with Spurs. What options does the 25-year-old have on the table?

After joining Tottenham Hotspur in 2015, Dele Alli was one of the most promising up-and-coming English talents. Early signs showed that he had a bright future ahead of him and could become one of the best attacking midfielders in the world. However, things started taking a turn for the worse after Jose Mourinho joined the club in 2019. Alli gradually lost his position in the starting eleven and has not recovered since then. Currently, it seems that the player is no longer part of the club’s future plans. According to reports out of England, Tottenham is willing to let Dele Alli go on a permanent or a loan deal. With him being 25 years old, the youngster still has a chance at restoring his talent. As a result, the Dele Alli transfer odds reveal several clubs which are interested in making a deal. Where will Alli’s next destination be?

With reports out of England confirming Frank Lampard’s appointment as the new Everton manager, the 43-year-old is looking to reform the team. Rumors are indicating that Lampard’s first target is Tottenham’s Deli Alli. According to The Sun, the newly appointed manager has made clear to the club that he wants Alli to join the club on a loan deal.

Such a move could suit the 25-year-old as seeks more playing time, which Everton certainly offers. Although nothing is official yet, such a deal is not far from happening. As a result, bookies as online sportsbook sites in the United Kingdom have put Everton as the favorites in Dele Alli transfer odds. For example, the betting odds at 22BET Sportsbook for the 25-year-old to join The Toffees are 2.822. Will the talented youngster help the club in getting out of the difficult situation it is currently in?

With the support of the Saudi oil money, Newcastle United is on a mission to become one of England’s top clubs. The club is looking and considering every possible opportunity that is arising in the transfer market. Rumors have it that The Magpies are currently considering recruiting Tottenham’s outcast. In fact, there are speculations about Newcastle reaching out to Spurs to inquire about a possible deal.

However, Sky Sport’s reporter Keith Downie has admitted that Alli is currently not a priority on Newcastle United’s wish list. Although such a deal makes sense for both sides, Downie expressed that the club is not considering Alli at the moment. Regardless of that, with the huge financial support the club is receiving, bookies have put Newcastle as the second favorite in their Dele Alli transfer odds. At 22BET Sportsbook, The Magpies open with betting odds at 3.84 to complete the deal.

Southampton Considering a Move in the Summer

The list of interested Premier League clubs in Dele Alli includes Southampton. However, The Saints are not interested in completing a deal during the winter transfer window. Therefore, if all sides reach an agreement, it will certainly happen during the summer. It seems that Southampton’s manager Ralph Hasenhüttl is interested in recruiting the talented youngster, but is wary of Alli’s dip in form.

In an interview, the Saints Boss expressed “He’s not the only player who has one fantastic year and then the next one it was not flowing that much. It’s not abnormal”. Therefore, if no other clubs swoop him, we might see Alli wearing The Saints’ jersey by the beginning of next season. With that in mind, 22BET Sportsbook has put Southampton as the 3rd favorite in Dele Alli transfer odds. If you believe that such a deal will happen, then your odds currently stand at 4.10.

Bookies and online sportsbook sites in the United Kingdom decided to feature Brighton & Hove Albion in their list of Dele Alli transfer odds. However, all reports are indicating that such a deal is unlikely to happen due to financial reasons. The club is monitoring Alli’s situation and may make a move in the near future. One of the biggest hurdles that need to be overcome to reach an agreement is Alli’s £ 100k weekly salary. Currently, the top earner at Brighton & Hove Albion does not exceed £70,000, and the club does not want to stress its financial situation. With that in mind, it seems that such a move will most likely not happen as many reports are also indicating. Regardless of that, 22BET Sportsbook has included the English club in its betting options and their odds stand at 8.50.

West Ham United is one of the other clubs that are monitoring Alli’s situation at Spurs. Under the leadership of David Moyes, The Hammers are currently sitting in the #5 spot of the Premier League standings. The club’s comfortable status may facilitate for such a move to happen. In addition, fans are buzzing with excitement for such a talent to join their team. As a result, West Ham United opens as one of the betting favorites with odds currently at 15.00. Nevertheless, the list of Dele Alli transfer odds does not stop here as several clubs inside and outside of England could make a move in the future. As a result, 22BET Sportsbook has published several other betting options as the table below shows. Where do you think he will end up signing for?