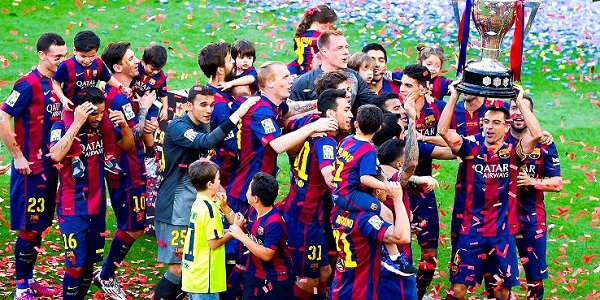 GamingZion aims to do a research on this season’s Spanish championship. Who will win La Liga 2017? Barca or Real Madrid? Can anyone else make it?

If this question had been asked after the second legs of the Champions League Quarter-Finals, everybody would have said Real Madrid. However, many things happened till then and by today it is not so easy to answer who will win La Liga 2017. In fact, the chances for Real Madrid to win La Liga might even have turned around, at least according to online sportsbooks in Spain.

Currently Barcelona are leading the league, having collected 78 points in 34 games. Real Madrid have the same amount of point but they are behind due to the fact that they have worse results against Barcelona. However, it must be noted that Real Madrid collected this amount in 33 games only, so they are still in a better position.

El Clásico to bring hope back to Barcelona

Real Madrid were favourites to win La Liga 2017 according to all La Liga betting predictions and online sportsbooks. Especially after knocking out Bayern Munich in the Champions League right before Barcelona being eliminated out by Juventus. However, the very next weekend was the weekend of the El Clásico, which turned everything upside down.

Real Madrid players were still exhausted upon playing 120 minutes against Bayern. And it didn’t help their cause that Lionel Messi was unstoppable, like in the good old days. Ramos tried to destroy him with a horrible tackle, but it only resulted in a red card for the Captain. And it only angered the Argentine and encouraged him to win the game: while 10-men Real Madrid equalized in the 84th minutes by James, Messi decided he wanted to win the game so he scored in the 92nd.

Will Barca beat Espanyol this weekend?

The final results of El Clásico meant that Real Madrid, for the first time this season, have lost its leading position in La Liga. Barcelona took it back and they have all the chance in the world to keep it till the end of the season. They face one of their biggest rivals this weekend and another victory could give them a huge boost of confidence.

Online betting news in Spain still think that it won’t be Barcelona who will win La Liga 2017: the odds for Real Madrid to win La Liga are 1.40 (2/5), while the odds for Bacelona to win the league are 2.90 (19/10) at NetBet. However, winning their games would put huge pressure on Real Madrid. They can start right away this Saturday in the Catalan derby against Espanyol.

Do you think Barcelona can make it? Will they be capable of winning all 4 of their remaining league games? Will Real Madrid lose points anywhere else? They have yet to play against Valencia and Sevilla between tough Champions league semi-final games against Atletico Madrid, so… now might just be the time to bet on Barcelona to win La Liga.