Are you Looking to Bet on MMA in Poland? Here’s what you Need to Know

News >Are you Looking to Bet on MMA in Poland? Here’s what you Need to Know 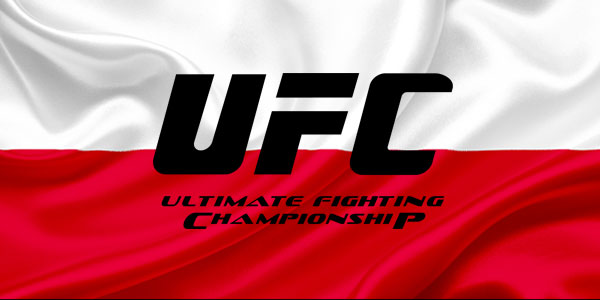 Mixed martial arts is growing all over Europe. If you’re looking to bet on MMA in Poland, here are a few important things that you should know.

Poland is without a doubt one of the premier MMA countries in the world right now. UFC strawweight champion Joanna Jedrzejczyk is likely the most popular Polish fighter at the moment, but a number of hungry contenders are busy fighting their way up the rankings.

There are many sites nowadays that will allow you to bet on MMA in Poland, but the best odds you’ll find are at VBet Sportsbook. Let’s take a look at some of the bets they’re offering right now.

Bet on the UFC in Poland

There’s no denying the fact that the UFC is the premier MMA organization in the world right now. After a few dabbles in the UK and Irish market, the UFC finally held their first event in Poland on April 11th, 2015. There was already an established MMA market here, but this event helped to push the sport to even new heights.

Joanna Jedrzejczyk captured the strawwweight title in March of 2014, and has successfully defended the belt four times. In November of 2016, she faced off with fellow Polish fighter Karolina Kowalkiewicz and won a hard-fought unanimous decision. On May 13th, Joanna will again attempt to defend her belt against Brazilian standout Jessica Andrade. Joanna is entering as the considerable MMA betting favorite with here with odds of 1.55. Andrade is listed as the underdog with odds of 2.30.

If you’re looking to bet on MMA in Poland, you’ll find a wide range of amazing UFC odds at VBet Sportsbook. They offer lines on all the major fights and allow for some great special betting options as well.

Bet on KSW in Poland

Konfrontacja Sztuk Walki, more commonly known as KSW, is considered by most to be the best MMA organization in Poland, and quite possibly all of Europe. Since their creation in 2004, they’ve put on more than 30 events and have produced a number of top fighters including Mamed Khalidov, Jan Blachowicz, and Krzystof Kulak.

Mamed Khalidov is considered by many to be the best fighter outside the UFC (photo: whoatv.com)

Since 2009, KSW has aired on Polish national television program Polstat, which has helped it gain massive exposure. Despite its popularity, almost no online sportsbooks in Poland with the notable exception of VBet Sportsbook offer betting odds for KSW events.

VBet sets the odds for every single KSW event, from the first fight to the last. On May 27th, KSW 39 will take place. In the main event, legendary Polish fighter Mamed Khalidov will be taking on fellow champ Borys Manlowski. Khalidov is one of the best fighters outside the UFC right now, and is the considerable favorite with odds of 1.35. Manlowski has a real shot to make Polish gambling news by pulling off the upset, but is a serious underdog with odds of 2.95.

Bet on Bellator in Poland

The last option to bet on MMA in Poland we’ll take a look at is on US-based promotion Bellator MMA. Although Bellator is not nearly as popular as the UFC right now, they are beginning to form a legitimate roster and are continuing to expand internationally.

Members of VBet have the ability to wager on all of Bellator MMA’s events. At the moment, the only wager available for Bellator is on the massive heavyweight showdown between Fedor Emelianenko and Matt Matrione. The odds will be set in the near future, and it seems likely that Fedor will enter as the slight favorite.

If you’re looking to bet on MMA in Poland, make sure to head to VBet Sportsbook. They offer odds for a number of major MMA organizations, and provide new members with a fantastic welcome package.