Looking Where to Bet on Politics in the UK? We’ve got you Covered 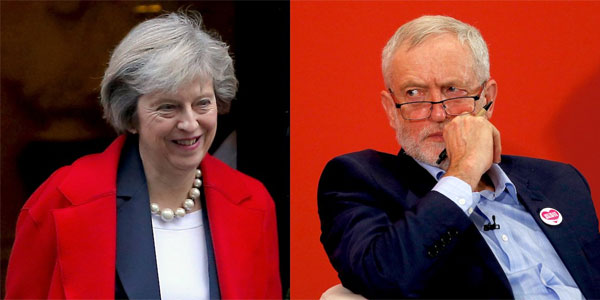 If you’re looking to bet on politics in the UK this year, make sure to head to Paddy Power for all the best odds.

The past several months have been some of the most polarizing in the history of politics. First, the UK voted to leave the European Union. Next, betting underdog Donald Trump defied the odds by winning the US presidential election.

A number of major political events are scheduled in the near future, and members of Paddy Power have a wide range of different bets available. Let’s look at 3 of the best you can bet on right now.

Bet on the French election results

Round 1 of the 2017 French election is now complete. Emmanuel Macron and Marine Le Pen are the only candidates remaining heading into round 2, and some fantastic odds are available to bet on the winner.

Nearly all online sportsbooks in the UK list Emmanuel Macron as the significant betting favorite heading into the vote on May 6th. Most major politicians in the country are now backing him, as he’s seen as the more progressive and level-headed of the two candidates. Macron received nearly 24% of the vote in round 1, and has the better odds to win the French election at 1/8.

Marine Le Pen is the considerable betting underdog heading into round 2 of voting (photo: qz.com)

The controversy surrounding Marine Le Pen wasn’t enough to push her from the election. She has a loyal group of supporters and is telling everyone who will listen that she’s on track to become the next French president. Most political betting experts feel she’s a long shot, but if you’re looking to politics in the UK and feel like going with an underdog, consider placing a bet on Marine Le Pen to win, as she has some great odds to cash out at 5/1.

Bet on the Prime Minister after the general election

Recently, Theresa May made UK gambling news by calling for a snap general election to take place in June. After officially triggering article 50 to request exit from the European Union, May felt it was the appropriate time to gauge just how the public was feeling about the current political state inside the UK.

Perhaps the best bet on politics in the UK right now is placing a wager on who will be the next Prime Minister after the general election is complete. This basically comes down to either Theresa May continuing her role, or Labour party leader Jeremy Corbyn stepping in. Most polls list Jeremy Corbyn’s odds to win rather low, and Paddy Power seems to agree with current odds of 8/1.

There are numerous theories as to why Theresa May is calling for the general election right now, but in many ways it’s a genius move. She’s clearly anticipating a victory here, which will only further solidify her power. May is expected to win by most analysts, and she has some incredibly high odds of 1/18.

We can’t write an article on political betting in 2017 without mentioning some of the incredible Donald Trump wagers available at Paddy Power. Part of what makes these bets so great is that as ridiculous as they may seem, some may actually be possible.

Will Trump pay North Korea a visit during his presidency? (photo: cnn.com)

Right now, Paddy Power members can place a wager on whether Donald Trump will visit North Korea during his first term in office. Tension between the US and North Korea has probably never been higher, but a Trump visit may be the kind of unpredictable thing we’ve come to expect. His odds to pay Kim Jong Un a visit are set at 25/1.

You can also wager on Trump backing Taiwan’s independence. Recently, the US president told the media about his support for Chinese president Xi Jinping, although he’s also expressed his sympathy for Taiwanese independence. It’s certainly unlikely, but Trump’s odds to back Taiwan are set at 7/2.

If you want to bet on politics in the UK, make sure to head to Paddy Power. They offer the best odds for their members, and also provide a huge number of sports wagering options.

Who do you think wins the French election? Will Theresa May keep her position as Prime Minister? Tell us in the comment section below!