Best Formula 1 Drivers of All Time 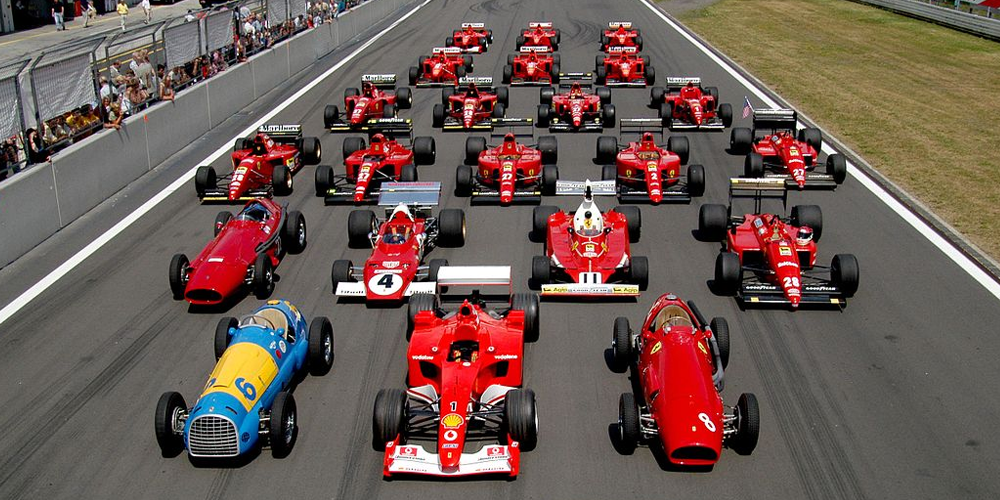 Formula 1 would have celebrated its 70th birthday this year, but the start of the season has been postponed. At the moment no one really knows when and if it will start. So in the lack of races we took a look in the previous years to find the best Formula 1 drivers of all time.

The first Formula 1 season was organized in 1950 and won by Italian driver Giuseppe Farina. He was racing for Alfa Romeo, but probably not many people remember his name even though he won the historical first season. Unlike his teammate, Juan Manuel Fangio, who is still considered one of the best Formula 1 drivers of all time. Just like many multiple champions from the latest to the first ones, the following drivers all proved their talent and speed on the tracks.

We should start with the driver who won a record meaning seven world championships titles, Michael Schumacher. The German legend was a true professional, kept himself in great physical condition, got everything out of a car, followed and implemented new strategies. And was a true team member, keeping good relationships with everyone from team leaders to the mechanics. He might not have been the most popular driver within the field after making some controversial moves during the races. But he was a brilliant driver, which everyone, even his biggest rivals did admit.

The followers of Schumacher

Schumi’s record is being threatened by today’s greatest driver, Lewis Hamilton. The Brit has won the championship six times so far, but could easily have his next one this year. At least that’s what the odds are suggesting on betting sites like Unibet. Hamilton has already broken many records held by Schumacher before. Like the record of the most pole positions or the most points in a season. Lewis has started winning from a very young age in karting. He won his first world champion title in 2008. Since 2014 only his Mercedes teammate, Nico Rosberg was able to beat him. Young talents like Max Verstappen will surely try to do it this year. Until Formula 1 is back, check out the latest virtual sports on Unibet.

Often regarded as the best German driver after Schumacher, Sebastian Vettel is a four-time world champion and one of the biggest rivals of Hamilton. Vettel achieved all his successes with his previous team, Red Bull. They were ruling the sport between 2010 and 2013. Since his move to Ferrari, he wasn’t able to repeat this performance. Several errors were made by Vettel himself, which made many people question his true talent. But we still think he is a great driver. This might be his last season though, especially if his teammate, Charles Leclerc will beat him. It can easily happen as online gambling sites in France also predict. Leclerc’s odds to finish in a better position is 1.45 against Vettel’s 2.60.

A great driver from the early days

Juan Manuel Fangio was the first great Formula 1 driver who managed to win the world championships five times in the 1950s, being 46 at his last victory. The Argentinian driver achieved his successes with four different teams from Alfa Romeo to Mercedes, a record no one has done it since.  His winning percentage was 46,15%, he won 24 from the 52 races he took part in. And he achieved all this in a time, when Formula 1 was a much more dangerous place, causing many drivers’ deaths. Fangio suffered an accident as well in Monza, after being thrown out of the car in a crash. He broke his neck and had to spend many months with recovery. But managed to come back and win four more titles in the following years.

Niki Lauda could also talk about his experiences about accidents after he almost burnt alive in his car during the German Grand Prix in 1976. The Austrian driver won the world championships the year before. He was a strong contestant the next season as well in spite of his accident. What was a truly heroic act, he was back in his car only six weeks later. In the end he finished second in the championship only two points behind the winner, James Hunt. Lauda won two more world championship titles with both Ferrari and Mclaren. He was one of the biggest figures of the sport working for different teams and being the non-executive chairman of Mercedes until his death last year.

The biggest rivals, Prost and Senna

Online sportsbooks in France are still remembering one of the greatest French Formula 1 drivers, Alain Prost and his rivalry with Ayrton Senna. ‘The professor’ already won in his second race in 1981 racing for Renault. He won his first three world titles with Mclaren after defeating other big rivals like Nigel Mansell and Nelson Piquet. But he had the biggest fights with his teammate, the Brazilian Senna. They collided a few times during the 1989 season, but Prost still managed to claim the title. But he couldn’t stay any longer and moved to Ferrari where he continued his rivalry with Senna. Prost won his last title in his last season, in 1993 with Williams. In his last race, the two great drivers shook hands which meant the end of their rivalry.

By most people, the best Formula 1 driver of all time is Ayrton Senna. He won 3 world titles during his career with Mclaren-Honda. It’s not the number of victories that matter in his case, but his true talent. He was a winner and would have done anything to win, sometimes using even unfair moves as well. But that was his mentality, only winning mattered to him. Senna was admired all over the world, due to his skills to control his car, his speed and amazing racing in wet weather. He died during the San Marino race in 1994, but his legend still lives on thanks to the fans of Formula 1.