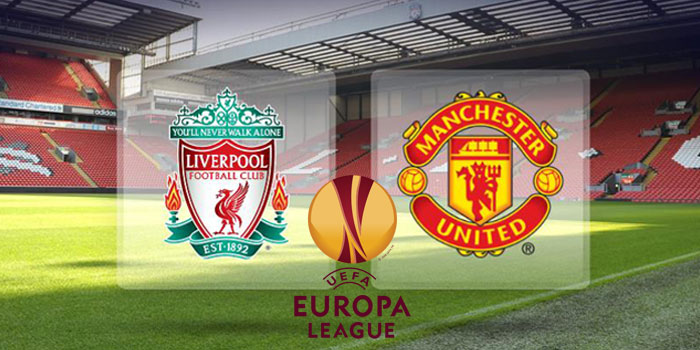 This week’s Europa League first legs should be competitve: read on for the best odds you can find online!

When betting on this week’s Champion League first legs, go to BetVictor to take advantage of their fantastic Red Card Refund Offer. The UK online sportsbooks will refund your Liverpool Manchester United bet if there is a red card shown at any time! Check out terms and conditions at BetVictor.

Take advantage of the BetVictor Red Card Refund offer: there’s almost certain to be cards shown in this game. Both Liverpool and United had players sent off in their last league matches, the usually well-behaved James Milner and Juan Mata. What’s more, this referee isn’t one to keep his cards in his pocket: in his past twelve games he has shown 74 yellows and 6 reds!

Harder to predict is who will actually win! With Klopp and Van Gaal in charge, this is still a very European affair, and who knows what tactical plans these geniuses will invent. We know United have a good defence though, and a cautious first leg could be in store: 0-0 draw is 7.5 (17/2). This is an important match for both teams so they’ll probably attack: both Martial or Firmino are 8.5 (15/2) to score first.

Find the best odds for Liverpool v Manchester United on BetVictor! Check it out for the latest Europa League second leg betting odds.

This match doesn’t really fit amongst the other Europa League first legs. It features the second-placed teams in England and Germany so could easily be a Champions League fixture. However, it just means better football on show for us! They have some of the best striking talent in Europe, and BetVictor have the perfect bet to take advantage: Kane and Aubeyeyang both to score is 7.00 (6/1).

This should be a terrific contest, with both teams in great form. Sportsbooks bonuses in the UK seem to be favouring the Germans, with Tottenham to win as high as 6.25 (21/4). Those are awfuly high odds for a team with the best goal-difference in the Premier League!

Adruiz and Aubameyang will be hoping to score tonight

This all Spanish clash is the only tie tonight to feature a British Manager! Gary Neville will be desparate to show that he made the right move leaving punditry for management. However, league form suggests that Bilbao will win this. Go for them to win at 1.75 (3/4).

Their star-man Adruiz has bagged more goals than anyone in La Liga, outside of Barcelona and Real Madrid, with 17. The 35-year-old also scored when Bilbao thrashed Valencia 3-0 last month. Back him to score first at 4.00 (3/1) on BetVictor.

This might be the last predictable of all the Europa League First Legs. If you bet on sports in Germany, you’ll know that Leverkusen were expected to challenge at the top of the table this season, but they actually lie back in eight. Villarreal, however, have defied expectations by sitting comfortably in fourth, behind only the two Madrid giants and Barcelona.

Form goes out of the window in Europe, though, and Leverkusen will be desperate to salvage their season. They still have some special talent, particularly in German international Karim Bellarabi: he is 13.00 (12/1) to score first. However, confidence might still play a part and the Villarreal stars who have excelled this season will be keen to show their talents on an even greater stage. Look out for Cedric Bakambu and ex-Manchester City player Denis Suarez.