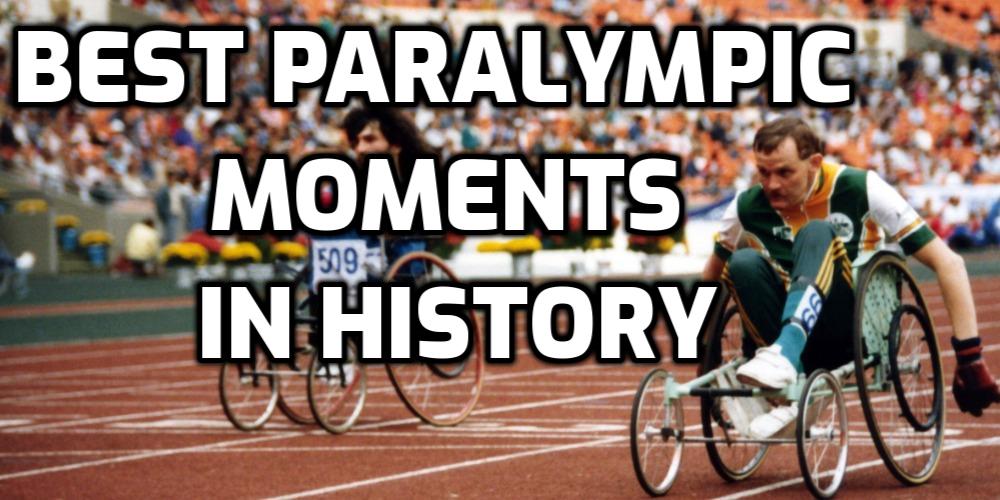 Bebe Vio is the only wheelchair fencer without arms and legs to take part in the Paralympic Games. She made her debut in Rio 2016. When the 19-year-old Italian scored the decisive point in the duel with the representative of China, Zhu Jinjin, she screamed and cried with joy, and the fans celebrated with her.

Recalling that emotional moment in the Rising Phoenix documentary, Vio said, “You just have to believe in yourself. Go and do what you want. “

Chinese women have consistently won gold in sitting volleyball since the 2004 Athens Paralympic Games. However, in Rio 2016, their hegemony was violated by the US team, which won silver in London 2012.

Reflecting on that victory, American star Kaleo Canale McLay said in an interview with Tokyo 2020: “I was proud of the work our team did on their way to the final. We showed an excellent game in the decisive match. Gold medals have become a worthy award for the dedication and efficiency of our entire team. ” Check out the online sportsbook sites in Japan  for the upcoming events. And don’t forget to place your bet on 1xBET Sportsbook.

Brazil has dominated football 5v5 since its debut at the 2004 Athens Paralympic Games. In Rio 2016, the Brazilians proved their class again. The goals of the main stars of the national team Ricardinho and Jefinho helped the hosts get to the final and beat Iran in it 1-0. In front of their fans, the Brazilians won their fourth championship title in a row.

“It is no coincidence that Brazil is a four-time Paralympic Games champion and multiple world champion. Our entire team, from players to technical staff, is well-trained in terms of organization and support, ”Gefinho told Paralympic.org.

Recalling that dramatic victory, team leader Daisuke Ikezaki said in an interview with Paralympic.org: “The bronze medal of the Rio Games is the happiest moment for me in the six years that I have been playing wheelchair rugby.”

Tatyana McFadden has won medals after medals since her debut in Athens 2004. But she received gold only in London 2012. An American of Russian origin became the first at the distances of 400m, 800m and 1500m (T54).

“Won her FIRST gold medal at the Games !! – wrote McFadden on Twitter after triumphing at a distance of 400m. – There are no words to describe the feelings. Thank you all for your amazing support! “

Soon after the war, a strong men’s sitting volleyball team emerged in Rwanda. Founded by two amputees, the team became the first in the country to make it to the Paralympic Games. Rwanda did not win medals, but the history of the national team thundered all over the world.

“If the world has heard about Rwanda, it is mainly due to the war. But, perhaps, looking at us, people will see that we have survived adversity and become a united state, ”team captain Emile Wuningabo told The Telegraph. Check out the online sportsbook sites in Japan for the Paralympic Games. And yes, you can bet on the Paralympics. 1xBET Sportsbook will be your safest choice for placing your bets.

The first racket of the world wheelchair tennis became the champion of the 2008 Paralympic Games in Beijing, where he won in singles. Four years later, in London 2012, he won again. But for Kunieda, the triumph in Beijing mattered far more.

“I think it was after Beijing 2008 that the Paralympic Games began to arouse great interest in the press. Since then, the interest in the competition has only grown, ”the tennis player said in an interview with Tokyo 2020.

Until the end of her career, American swimmer Trisha Zorn managed to prove herself in Athens-2004. This was her eighth and last Paralympic Games since her debut at Arnhem in 1980. In the Greek capital, Zorn won her 55th medal, becoming one of the most decorated female athletes in the history of the Paralympic Games. After three decades of swimming, Zorn was inducted into the Paralympic Hall of Fame in 2012.

“I want to believe I had a positive impact on sports and the Paralympics,” Zorn told TeamUSA.org in 2020. – Sometimes I think about it. Of course, I would like us to have conditions then, as now. But I know for sure that the goal of that generation of Paralympians was to pave the way for the athletes who have all these opportunities now. ” So these were the best Paralympic moments in history. If you are an Olympic fan, you can also read about the Tokyo 2020 Olympics fun facts.