Best Songs to Get You in the Mood for Gambling

News >Best Songs to Get You in the Mood for Gambling 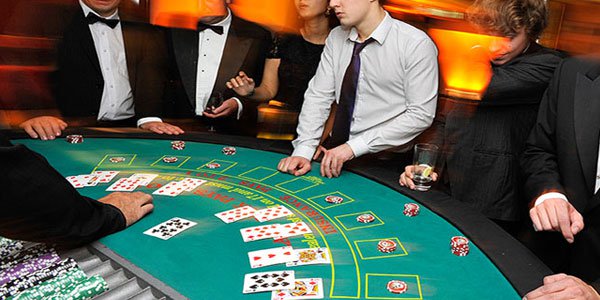 Prepare for a night out at the casino with some gambling-themed music written by world-famous artists.

Casinos and gambling have always been a source of inspiration for songwriters. Every fan of classic rock music has heard these famous lyrics before: “There is a house in New Orleans/They call the Rising Sun/And it’s been the ruin of many a poor boy/And God, I know I’m one”.

A traditional folk song covered by several bands and musicians, “The House of the Rising Sun” is probably the most popular tune about gambling. It is also known as “the Rising Song Blues” and its most successful cover – the one recorded by the Animals – is exactly 50 years old. Bob Dylan put a lot of passion into his version of the song. The folk artist tells the story from a different perspective, that of a woman following a drunk gambler and ending up a prostitute.

Hundreds of songs must have been written over the years, some about card games, others about winning or losing. Here are a few tunes you can listen to on your phone, while gambling at your favorite mobile casino:

Written by Frank Loesser in 1950, Luck Be a Lady is like a hymn for Las Vegas. Several famous artists – including Frank Sinatra, Robert Alda and Marlon Brando – have performed this song.

And since Las Vegas has been mentioned, any gambler’s playlist has to include Viva Las Vegas by Elvis. With lyrics like “Bright light city gonna set my soul/Gonna set my soul on fire/Got a whole lot of money that’s ready to burn,/So get those stakes up higher”, this song will surely get you in the mood for gambling.

Desperado by The Eagles is another popular song that briefly touches upon the topic of gambling. “Don’t you draw the queen of diamonds, boy/She’ll beat you if she’s able/You know the queen of hearts is always your best bet,” the songs says. It actually sounds like good advice.

Other songs that mention gambling or good luck are:

Are you a heavy metal-loving gambler? Then Motorhead’s Ace of Spades is the song for you. The band’s best-known song goes like this: “If you like to gamble, I tell you I’m your man/You win some, lose some, it’s all the same to me/The pleasure is to play, it makes no difference what you say/I dontt share your greed, the only card I need is the Ace Of Spades”.

Those of you who prefer pop over headbanger songs, here’s another suggestion: Poker Face by Lady Gaga. The popular artist doesn’t actually sing about gambling here, but the song might just get you in the mood for some poker.

If you’re looking for some inspiration, The Gambler by Kenny Rogers offers some of the best advice: “You got to know when to hold’em, know when to fold’em/Know when to walk away and know when to run”. The song is about an old man well-accustomed to American poker rooms. “Ev’ry hand’s a winner and ev’ry hand’s a loser,” he says, and the important thing is “knowin’ what to throw away and knowing what to keep.”

While poker may be America’s favorite card game and there are certainly a lot of songs about it, Ray Charles was more of a blackjack fan. “Hey hey hey yeah/How unlucky can one man be/Well every quarter I get/Lord, blackjack takes it away from me,” he complains in his popular song entitled Blackjack. It looks like he was much better at singing than gambling.

Next up, The Clash will teach you how to do a Three Card Trick: “Don’t you know where is that place/Where you hid the ace?/Don’t you know we not thick, slick?/We all gotta play the three card trick,” they say. The band has another gambling-themed song called The Card Cheat, though their tips are not as useful as you’d expect.

But let’s move on from songs about card games, as the Rolling Stones seem to be more into dice. Their tune Tumbling Dice – “You got to roll me and call me the tumblin’ dice” – definitely deserves a spot in any gambler’s playlist, even though it’s more about love than games of chance.

Bob Dylan sings about Lily, Rosemary and the Jack of Hearts. This is a long, sad story about the lives of three people. While the song doesn’t have much to do with gambling – apart from the ever returning motif of the Jack of Hearts – it’s worth listening to the story.

And last, but not least, a less popular song by Morphine makes the perfect ending to a player’s list: “Players win and winners play/Have a lucky day”.