Bet on the 2019 EU Elections in Estonia: Another Country in Risk of Embracing Populism

News >Bet on the 2019 EU Elections in Estonia: Another Country in Risk of Embracing Populism 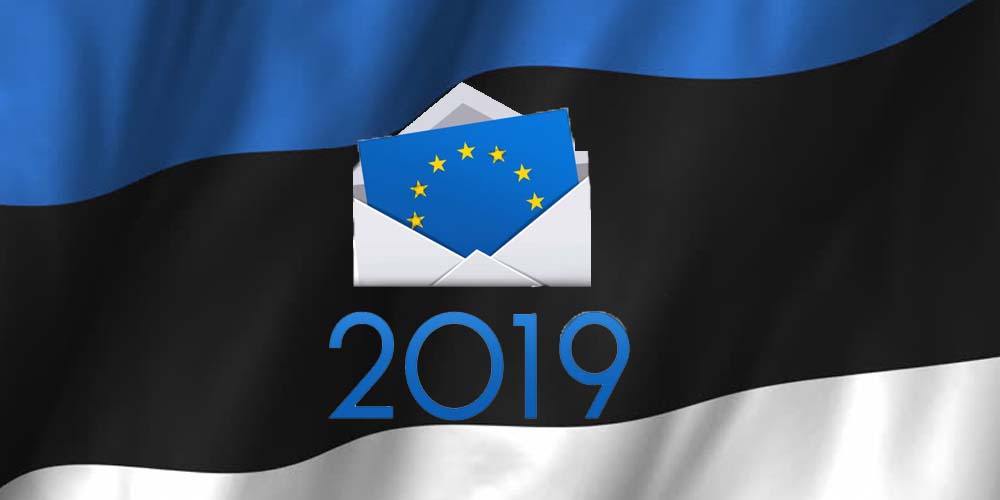 Similarly to many countries in Europe, right-wing populism is rising fast in Estonia. The past elections raised concerns and will be a reflection of what will happen in May. Still, the Estonian Reform Party might increase its popularity and is the best bet on the 2019 EU Elections in Estonia.

Despite our predictions, it is still a fact that the most prosperous post-soviet country is undergoing a difficult period. In March, the elections for the Estonian Parliament Riigikogu took place. And for the first time, the Conservative People’s Party (EKRE) became the third most voted party, winning 12 seats more than 4 years ago. Even though Kaja Kallas, leader of the Reform Party, has ruled out the possibility of governing with EKRE, others seem to be willing to do so. Right after the elections, the Estonian Centre Party started negotiations with EKRE and Pro Patria to form a coalition.

The result of the elections was followed by outspoken groups against the presence of EKRE in Estonian politics. Kõigi Eesti is a social media movement that seeks to defend the values that Estonia has been building since restoring its independence in 1991. It was an immediate success on Facebook, gathering almost 30000 likes in a few days. The group will also host an event on April 14, where musicians will perform in Tallinn and show their support for freedom and human rights.

Estonians are proud of their cultural proximity with the West and aim to reach the place of Nordic countries. Estonia was the first Baltic country to pass a law on equality for gay people. Moreover, it is known to be one of the least religious nations in Europe. As online sportsbook news sites in Estonia report, only 14% of the population claims to be religious. Following these facts, it comes as a surprise that EKRE was able to conquer such an important place in the country’s politics. Especially considering that Estonia didn’t have to deal with the immigrant crisis and barely has problems with migrants in general.

At 22BET Sportsbook, the Centre Party has the best odds of winning most seats. However, due to recent circumstances mentioned, our betting preview indicates that Estonians are still willing to keep the foundation of their values intact.

Still, these elections will be frightening all around Europe. The EPP and S&D are expected to lose seats, in favor of the far-right. And this phenomenon is expected to take over countries like Denmark as well.

The Reform Party has just won the Parliamentary Elections in Estonia, with 4 seats more than in 2015. The party was in the opposition since 2016 but now was able to gain some of the electorates again.

However, it is unlikely that they will form a coalition and remain in power. Instead, Jüri Ratas might continue as a Prime-Minister on a coalition with EKRE and Pro Patria. But the Reform Party seems to only take advantage of this on the European Elections. Polls suggest that the majority of Estonians are not happy with this proposed government. And Ratas had previously stated the party would never be in negotiations with EKRE. This will certainly create indignation among some voters of the party, especially in the Russian community. As a result, the support for the Centre Party has considerably decreased.

This way, as the population shows signs of discontentment and the party’s performance in March, they are likely to win most seats in May. And their odds are 2.25 at online sportsbook sites in Estonia.

EKRE only exists since 2012. But the Eurosceptic party has been able to conquer an important place in the Estonian Parliament.

Their success comes from a strong attachment to traditional values, which religious institutions praise a lot. This is why EKRE’s popularity is bigger in rural areas. And the party uses political demonstrations to strengthen its voice. EKRE mobilized thousands to march through Tallinn on Estonian Independence Day in February. Because, unlike other populist parties in Europe, they are anti-Russia.

EKRE was the overall winner of the Estonian Parliamentary Elections and is likely to join Matteo Salvini’s European Alliance. They will certainly be a party to fear after March and might succeed (6.00) in the next EU Elections.

The SDE is also very likely to win with the Centre Party’s proposed coalition.  The party has mostly governed with right-wing parties. But it has never ceased to fight for their beliefs, being strong advocates of education and the end of poverty.

It is true that they haven’t been particularly popular lately. They are struggling with a somewhat identity crisis as they experimented with political strategies. Once again, they failed to gain more seats in the elections. And this was in part because of their detachment from their previous attempt of conquering Russian voters. During the campaign, they proposed new taxation on alcohol and fuel, as well as the plan to abandon the use of oil shale. This was especially problematic for ethnic Russians, as they run most of the industry.

However, they will be making history this year, as they have a list led by women running in the EU Elections. And women will also be in a bigger number than men. This is the opposite of EKRE’s list that doesn’t have any female member. Besides, the coalition will count mostly with men. This fact might please a share of the electorate.

This way, the SDE might recover his place in Estonian politics and win more than the 1 seat it currently has in the EU parliament. Their odds are 51.00 at 22BET Sportsbook.