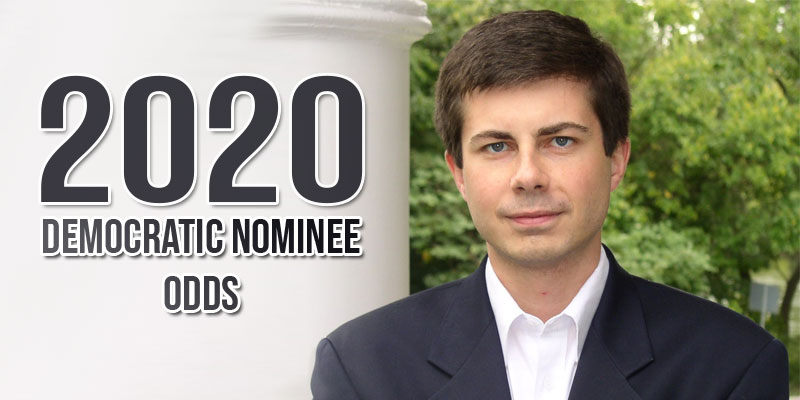 Should you check out the bookies like Bovada, one of the best online betting sites in the US these days, and you’ll find the 2020 Democratic Nominee odds on Pete Buttigieg stand at just 5/1 and his chances of winning the White House just 10/1. This is despite him being only the most recent of the veritable plethora of candidates that have emerged from the ranks of the Democratic Party to run against Donald Trump in the 2020 US Presidential Election.

Whilst Donald Trump may embody all possible evil in the world, the political machinations that saw him ascend to the Presidency are not unique simply because they were Republican. The 2020 Democratic Nominee odds on Pete Buttigieg are likely to slide out quite a way if in their desperation to win the cornucopia of candidates on the left resort to labelling each other. Indeed if you were thinking of taking advantage of US gambling laws to back him getting the nod, wait.

The sad fact is that simplistic insulting labelling assisted Donald Trump get the White House. This lamentable dumbing down of politics is possibly irreversible and there will be a temptation among those attempting to stand against him to emulate his tactics. Should that happen the 2020 Democratic Nominee odds on Pete Buttigieg will probably dash away into the distance. Sure, he might be young, energetic and erudite as all hell, but in the USA his being gay could be the issue.

A nation led by a man who believes windmills cause cancer can’t be trusted to be all that enlightened and the 2020 Democratic Nominee odds on Pete Buttigieg may well suffer at the hands of the inevitable homophobic attacks he’ll have to weather. Of course if you think the Mayor of South Bend, Indiana, can brush those off and avoid being “the gay candidate”, and you need a supplement to that bet on sports in the US at Bovada this weekend, back him to win.

He certainly cuts a better figure than Joe Biden who gets the same 5/1 odds to be the nominee at Bovada, and is getting a better price than the much touted Beto O’Rourke who is close behind at 6/1. The 2020 Democratic Nominee odds on Pete Buttigieg then are only actually being beaten at the moment by Kamala Harris 3/1 (the sensible choice) and veteran campaigner Bernie Sanders who is currently the favorite at the bookies on 11/4 despite being, frankly, just a bit too old now.

Donald Trump is still 6/5 favorite to retain the Presidency and whichever challenger finally stands opposite him will have a tough fight on their hands. The 2020 Democratic Nominee odds on Pete Buttigieg might well tempt, but he’s far more likely to be a VP choice if anything at all. Despite his best intentions even that might be beyond him, and if you’re going to hit up Bovada, one of the best online sportsbook sites in the US today, you may wish to back Harris instead.