2018 World Cup favourites Brazil believe they can go all the way to the final in Russia and clinch their sixth title, following a great run in friendly games in the lead up to the tournament. 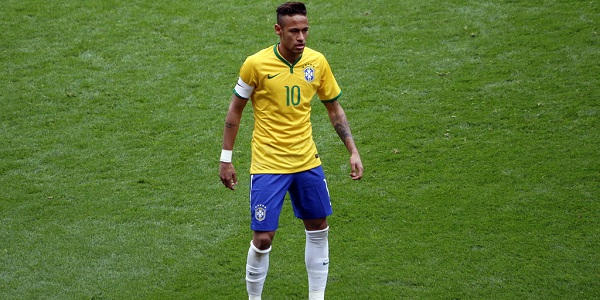 Brazil are enjoying great form at the moment

Brazil have confirmed their status as the favourite nation to win the 2018 World Cup in Russia, after cruising to a 3-0 victory in a friendly over Austria on Sunday. Gabriel Jesus opened the scoring in the 36th minute, while Neymar – who recently came back from a 2-month injury – found the back of the net in the 63rd minute and six minutes later Philippe Coutinho scored the third and final goal in the match.

With a stunning performance like this it’s easy to see why online sportsbooks in Russia are ranking them as the top dogs for the 2018 World Cup. Neymar himself stressed that the entire squad are “dreaming” of world champions for the first time since 2002; if they were to lift the trophy in the Luzhniki Stadium after the final on July 15, it would be Brazil’s sixth World Cup title.

“You have to trust, you dream,” highlighted Neymar. “You can talk, you’re Brazilian and you can dream; we’re dreaming more and more. Dreaming is not forbidden.”

Barcelona forward Philippe Coutinho added their latest victory gave them the necessary confidence for the 2018 World Cup, while commenting that he’s ready to do everything necessary for the team to be successful at the tournament.

“The game was important to us,” said the 25-year-old. “It was the last game of preparation before the World Cup. We deserved the victory, we played very well. That gives you confidence. I always try to be prepared to play where the coach needs me and contribute in the best way possible.”

During the 2018 World Cup qualifiers, Brazil were phenomenal in nearly every game. Under the guidance of manager Adenor Leonardo Bacchi, also known as Tite, the five-time World Cup champions recorded 12 victories while suffering only 5 draws and only one loss on their way to Russia, which saw them claim 41 points from 18 qualifying games, per online sportsbooks in Brazil.

That’s one of the main reasons why they’re viewed as the favourites for the 2018 World Cup in Russia. Bet on Brazil with Bet365 Sportsbook on the “To Win Outright” market 5.00 (4/1).