Bet on Gareth Bale’s Next Club: 4 English Clubs to Make a Bid

News >Bet on Gareth Bale’s Next Club: 4 English Clubs to Make a Bid 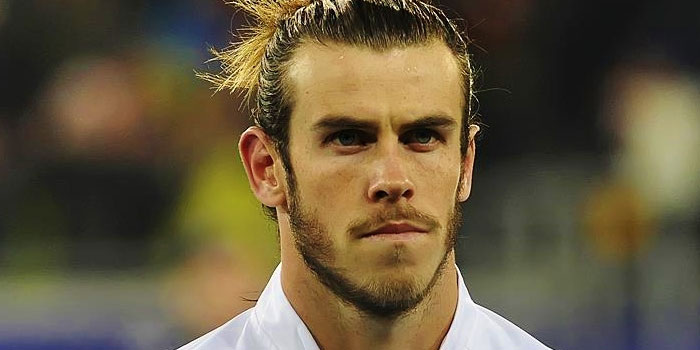 Gareth Bale could be forced out of the Bernabeu in the summer. You can bet on Gareth Bale’s next club to be one of the Premier giants. Tottenham, Liverpool, Manchester City and United are on top of the list to make a bid when the next transfer window opens.

The Welshman star has been caught up in many controversies lately. He replaced Lucas Vazquez in the 29th minute against Ajax. Yet he failed to score and Real Madrid had to face elimination from the Champions League. He was booed by the fans at Bernabeu during two El Clasico defeats. He is also under threat to be banned for 12 La Liga matches, after he made an offensive “Sleeve-cutter” gesture against Atletico fans.

With all these controversies, online sportsbooks in the UK opened up the market to bet on Gareth Bale’s next club. It is likely that he will return to England. He will easily integrate into his former team Tottenham, but rumours are still linking him to Manchester United.

Bale will easily integrate into Tottenham

Bale spent six years with the Spurs. He was an integral part of the squad. He will get along very quickly if he agrees to come back and finds open arms. If you choose to bet on Gareth Bale’s next club to be Tottenham, the odds are 14/1 at BetVictor. This summer Tottenham will conclude one year without buying a single player. They will certainly be keen to refresh their squad and Bale could be one of their big transfers.

Last year the Reds were ready to offer €70 million and Coutinho in exchange for Gareth Bale. The deal never materialized and Liverpool went on to sell Coutinho to Barcelona. Will Liverpool revive their interest in the former Tottenham star? It is hard to say since they already have prolific attacking trio. Nevertheless, Bale’s odds are 12/1 to be picked up by the Reds.

Manchester City can easily afford Gareth Bale with their huge financial muscle. However, they are not short of attacking stars. Raheem Sterling, Leroy Sane and Sergio Aguero are all currently starring at the Etihad. Man City can consider adding  Bale to the attacking force with 10/1 odds should he be able to integrate.

Man United kept an eye on Bale for a long time

Old Trafford (2/1) remains the favourite destination for Gareth Bale. Man United have been keeping an eye on Bale’s situation in Spain for a long time. Their former coach Mourinho has been a long admirer of Bale. It is not clear whether the new coach Solskjaer has the same feeling towards Bale. However, with Sanchez struggling to settle, Bale or any other forward star will be very much needed in Old Trafford.

Before choosing your best bet on Gareth Bale’s next club, check our latest review about BetVictor.