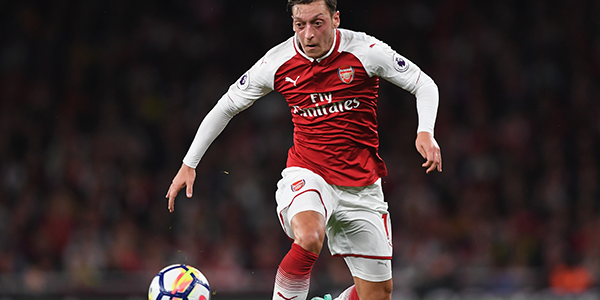 Will Man United manage to bounce back from their defeat in the ‘Battle of Manchester’ last weekend? Will Arsenal get a proper result in their derby against West Ham? And will Liverpool get over their disappointing performance in the Merseyside derby on Sunday? All this and more will be answered in Premier League’s midweek action.

The home support at Anfield didn’t serve the Reds in a fiercely contested encounter against their cross-town rivals Everton last weekend. But Liverpool set to host West Brom – a side that’s in 17th spot with only 13 points – we’re backing them to capture the all-important 3 points.

Jurgen Klopp’s men have to stop dropping points if they are to retain their place in the top four of the table, which would ensure them a place in next season’s European football. With West Brom losing 2 and drawing 3 of their last 5 games, this should be an easy victory for Liverpool.

(Our latest review about Bet365 Sportsbook gives you all the info about the online betting site.)

Jose Mourinho’s men need to win their next match to get the bitter defeat against Man City out of their systems. On top of that, with their cross-town rivals being 11 points clear at the top of the table with 46 points, Man United need to finish the year in high spirits if they are to have the mental impetus to take on the opposition in 2018.

Will The Special One’s tactics work against The Cherries? (source: Daily Mail)

For betting fans, this looks like a great opportunity with online betting sites in UK; Man United’s odds have been slightly increased for the match against Bournemouth, due to their home loss to the Sky Blues. Despite the fact that Lukaku has been misfiring for a while now and Ibrahimovic is yet to be fully fit, we have confidence the Old Trafford side will manage to pull this one off and get the 3 points they need to close the gap on Pep Guardiola’s side.

This match seems like a goldmine for bettors, and that’s because Arsenal have become famous for losing their plot against lower sides, but also against bigger sides, to be fair. At the beginning of the month, Arsenal lost 3-1 against Man United at the Emirates and they blundered yet again by drawing 1-1 against Southampton over the weekend. Since the reemergence of Liverpool as a contender in the top four, it appears that Arsenal’s new favourite spot will, for the foreseeable future, be the 5th or 5th spot on the table.

Next up is a trip to the London Stadium where they will face West Ham, who are still fighting to get out of the relegation zone, in 18th with only 13 points. Normally any side playing against a club in the relegation zone would get preferential consideration, but looking at Arsenal’s last two games, we’re not so sure. Which is why this game could be perfect to capitalize on with a bet on a draw with online sportsbooks in UK.