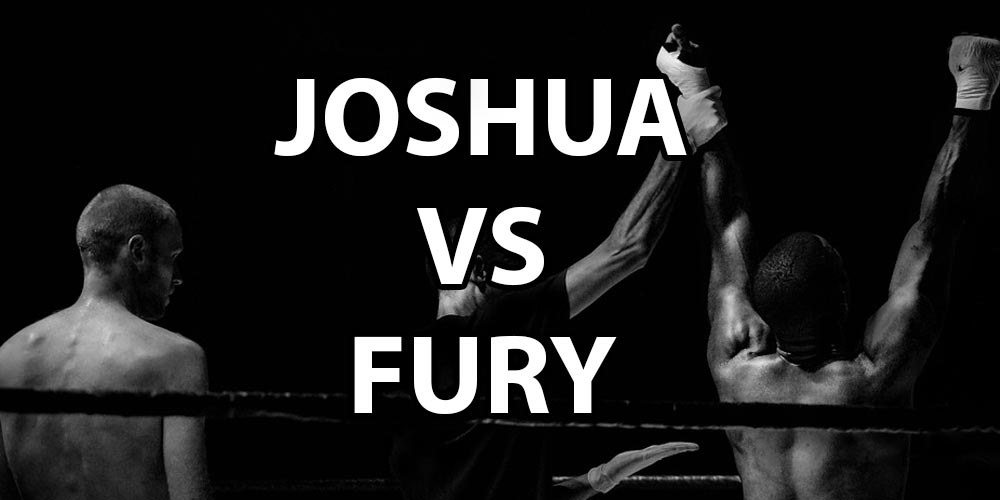 The debate over the world’s best heavyweight is back in the agenda as Tyson Fury demolishes Deontay Wilder. The fellow British boxer Anthony Joshua is lined up as the next potential opponent for the “Gypsy King”. The bookmakers already offer to bet on Joshua vs Fury possible showdown.

The “Battle of Britain” is very much in the cards and we are not talking about KSI vs Tommy Fury matchup. Tyson’s outstanding boxing comeback has reopened discussions over heavyweight unification fight against the 2012 Olympics gold medalist. The volume of their bout will be massive and the matchup may go official sooner rather than later. The director of Matchroom Sport Eddie Hearn is already in talks with Top Rank CEO Bob Arum. Meanwhile, several online sportsbook sites in the UK have launched a market on the event.

What sparked a bet on Joshua vs Fury potential matchup?

Tyson Fury and Anthony Joshua are great athletes, Britain’s boxing legends. The world has been closely following their careers for years. Both of them are game sportsmen with an immaculate work ethic and strong mentality. Overcoming some tough challenges, they’ve managed to bounce back more resilient than before.

Their clash is just a matter of time and that time has finally come. While online sportsbook news in the UK highlights Joshua’s upcoming bout against Kubrat Pulev, fans push for a Fury showdown. Following his outstanding victory over Wilder, the “Furious One” called the two-time unified heavyweight champion out. AJ didn’t officially turn down the fight, but he seemed hesitant to give a substantive answer.

At the point, both boxers are on a pending mode. The bout resolution highly depends on Wilder’s decision to exercise the trilogy clause in his contract. If he activates the clause then Fury will get another shot at “The Bronze Bomber”. Elsewise Joshua’s team is ready to put the Pulev match on hold and go on with a summer bout against the Mancunian. Such a perspective prompted 888sport tipsters to open books on the event in advance.

What a difference can a year make! Had their fight been considered twelve months ago, Joshua would draw up as the frontrunner of the matchup. Back then the Watford native was sporting a perfect record and boasting an unstoppable reputation. Fury, on the other hand, was fresh off the split draw against Wilder.

The tables have turned when AJ suffered his first pro defeat against Andy Ruiz jr on June 1, 2019. In the meantime, the “Gypsy King” went through two fighters and settled a rematch with Wilder. Entering the ring as an underdog, the 31-year-old Mancunian knocked the American out 7 rounds into the fight. Trading at the odds of 1.50, he opens as 888Sport tipsters’ favorite over Joshua.

Fury currently sports an undefeated professional record of 30-0-1, settling most of his victories via KOs. He is slightly higher, heavier, sports an orthodox stance, has an 85 in reach and lands long jabs to maintain a distance from his opponent. Tactically he will preserve the advantage over Joshua.

The latter boasts a professional boxing record of 23-1, having scored the majority of his victories via KOs. He has a better record with consistently stiffer opponents, reaches his highest output record in the round 6. However, AJ has fewer pro fights making his KO record far more impressive. Don’t forget to check our latest review about 888sport before placing a bet on Joshua vs Fury prospective matchup.

You can see more about these odds here at 888sport.