Bet on Russia in the Olympics: Top 10 Sports

News >Bet on Russia in the Olympics: Top 10 Sports 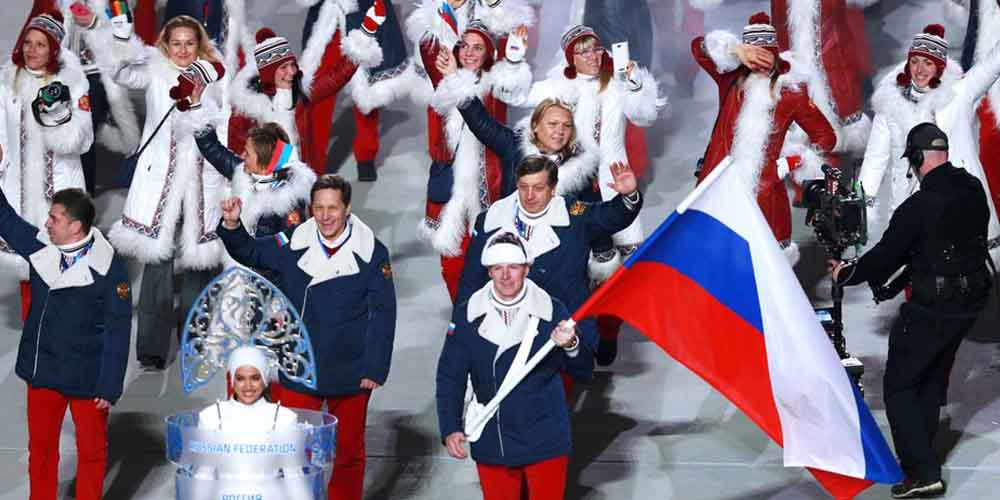 The Olympic Games in Tokyo surely bring a lot of positive emotions to everyone. Since the ROC team will try to take not only in quantity (more than 300 athletes) but also in quality. Moreover, as in 2016 in Rio de Janeiro, where the Russian team won 19 gold medals, the chances are great in a large number of disciplines. We are highlighting the top 10 sports where hopes of Olympic victories are more than justified. Bet on Russia in the Olympics by choosing the 10 sports on our list.

1. Bet on Russia in the Olympics – Boxing

At the Olympics in Rio de Janeiro, only Evgeny Tishchenko from the Russian boxers managed to take gold. Now there are chances to double or even triple the number of Olympic awards. There are grounds for such dreams. Since, at the last world championship in 2019, Gleb Bakshi, Muslim Gadzhimagomedov, and Andrey Zamkovoy became the best. Gadzhimagomedov and Bakshi are the leaders of the world ranking in their weights. The chances of Albert Batyrgaziev (up to 57 kg) are also highly rated. Women do not have such obvious contenders for the Olympic title. But this does not exclude pleasant surprises.

In freestyle wrestling, the Russians also won two gold medals in 2016. One of the heroes of that Olympics, Abdulrashid Sadulayev (weight category up to 97 kg), in recent years has turned into a real machine for victories. Over the past Olympic cycle, Sadulayev stumbled only in the final of the 2017 World Cup. He won gold at the World Championships in 2018 and 2019, as well as at the European Championships in 2018, 2019, and 2020. It’s even hard to imagine that the 25-year-old hero can be stopped by one of the rivals. In addition, there are five more freestyle wrestlers in the ROC team. And each is capable of winning a medal of any merit.

Greco-Roman wrestling is traditionally a “golden” single combat. It is enough to recall the exploits of Alexander Karelin. Of the great five wrestlers of the Greco-Roman style ROC team, Musa Yevloyev (weight category up to 97 kg) has the highest chances. He has excelled at the last two world championships. Bet365 is the best sportsbook for you to place your bet on Greco-Roman wrestling. You can find more by visiting the online sportsbook sites in Russia.

4. Bet on Russia in the Olympics – Athletics

Maria Lasitskene in the high jump and Angelika Sidorova in the pole vault are the reigning world champions. Yes, this does not guarantee anything. But the ROC athletes are clearly among the favorites in their disciplines. At least one of the men high jumpers may well become the Olympic champion in Tokyo.

Everyone has been waiting for gold medals in swimming for 25 years. And, it seems the ROC team has the winners of the last two world championships, Evgeny Rylov and Anton Chupkov. Yulia Efimova in the 200 m breaststroke also became the world champion in 2017 and 2019. But she will not swim this distance in Tokyo. She did not pass the national selection. That shows the increased level of swimming in the country. In addition, Efimova will certainly try to excel in the 100 m breaststroke. In Brazil she became the second, losing a little over half a second to Lilly King.

Two gold medals out of two are the maximum task that was achieved in synchronized swimming at five Olympic Games in a row. Will it work out for the sixth time? There are all the prerequisites for this. The five-time Olympic champion Svetlana Romashina returned to duty after maternity leave. And her duet partner Svetlana Kolesnichenko also managed to get a victorious Olympic experience in Rio. She become a 16-time world champion. It’s hard to imagine what will interfere with the triumph of the ROC synchronized duo in Tokyo. In Romashin’s group, Kolesnichenko and their girlfriends also look like clear favorites. You can bet on Russia in the Olympics on Bet365 Sportsbook where you can find all these sports mentioned.

7. Bet on Russia in the Olympics – Gymnastics

In Rio, the only victory for the artistic gymnastics team brought Aliya Mustafina. We will not see her in Tokyo though. In total, then eight awards were won in 14 disciplines. An excellent indicator, which, most likely, will not only be able to be repeated but also surpassed. Nikita Nagorny is the best gymnast in the world right now. He is the 2019 world champion and the 2021 European champion in the all-around. In addition, Nikita is good on individual shells and in-floor exercises at the 2021 World Cup.

On separate shells, David Belyavsky and Arthur Dalaloyan are capable of feats, even though the latter did not fully recover from a serious injury. In addition, in the team tournament, the ROC men’s team, after their success at the 2019 World Championships, is the favorite in the fight for gold. Women will probably have a lot of medals, but as for the highest standard, Angelina Melnikova has the most chances.

8. Bet on Russia in the Olympics – Tennis

In the three of the last five Olympics, tennis players from Russia managed to win gold medals. Which, given the highest competition in this sport, is an excellent achievement. Now victories with varying degrees of probability are possible in all categories. But, of course, the greatest hopes are with the men’s singles and women’s doubles. Among men, Daniil Medvedev ranks second in the ATP ranking, behind only Novak Djokovic.

One of the shadow favorites may be Andrei Rublev. He has made a colossal leap in the ranking over the past year. In the women’s doubles Elena Vesnina is counting on defending the Rio 2016 title, albeit, with a different partner. Instead of Ekaterina Makarova, who ended her career, she will compete with Veronika Kudermetova. 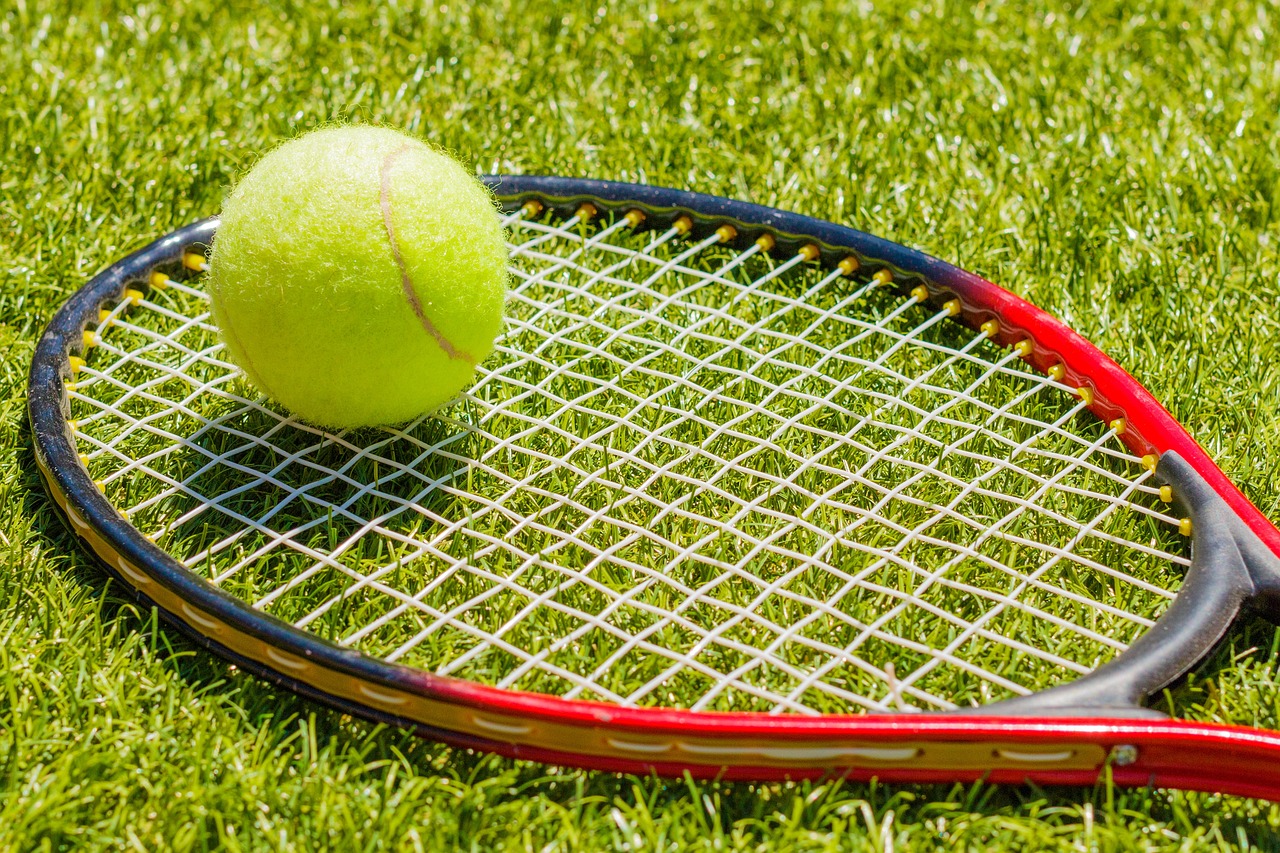 9. Fencing – The Most Organized Sport

To repeat the golden shower of the Games in Rio, of course, will not be easy. Five years ago the fencers managed to win in four disciplines. However, victories are possible and probable. In individual competitions, first of all, the prospects for foil fencer Inna Deriglazova and saber fencers Sofia Velikaya and Sofia Pozdnyakova are good. For Sofia the upcoming tournament will be an Olympic debut. In all six team tournaments, where eight of the best national teams will participate, saber fencers, foil fencers and epee fencers ROC are also competitive. Don’t miss your chance to bet on fencing by checking the online gambling sites in Russia.

Rhythmic gymnastics, like synchronized swimming, is rightfully considered the most stable sport in terms of gold medals in the 21st century. At the previous Games, it brought two gold and silver. That is, the maximum possible. Margarita Mamun and Yana Kudryavtseva have finished their careers. But the brilliant twin sisters Dina Averina and Arina Averina immediately took their place. They won 17 gold medals of the world championships for two during the last Olympic cycle. In group exercises, the composition of the ROC team has changed by 40 percent. And the most experienced in the team, Anastasia Bliznyuk, can become the first three-time Olympic champion in rhythmic gymnastics in history.

Also, check out our article about the special bets on the Tokyo Olympics where you can find the best bets on golden medals.