Bet on Top Friendlies Ahead of Euro2020

News >Bet on Top Friendlies Ahead of Euro2020 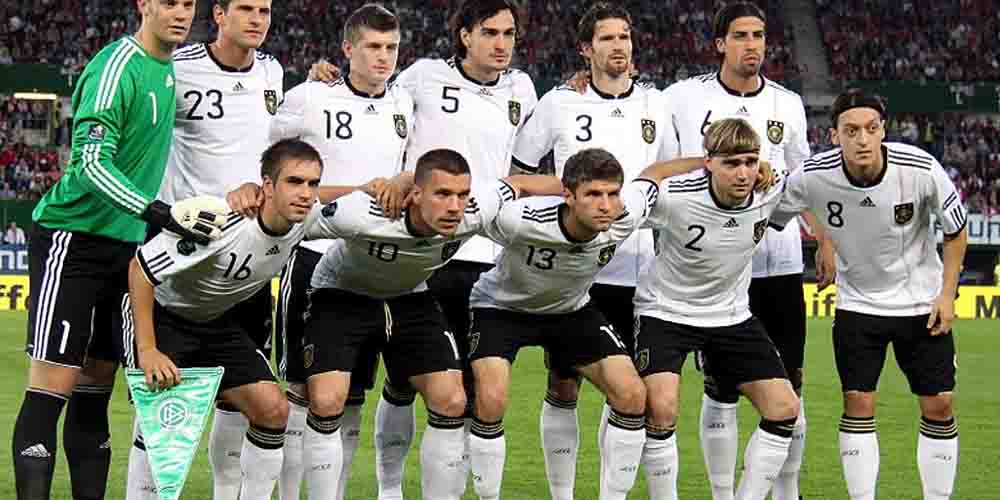 There are only 11 days until the start of the football European Championship with all participating teams taking the last preparations. Most of them will still play two more friendly games before the tournament. With some of them being a real treat for the fans, like the Poland vs Russia or the Spain vs Portugal game. Bet on top friendlies ahead of Euro2020, let’s see the most exciting ones.

Finally the wait is over, the Euro2020 tournament starts next Friday with 24 teams taking part in it. All these teams are playing friendly matches this week to gain some last minute experience. Even though these games don’t have any real stake, they offer opportunities to find the best starting eleven and make final changes.. Defending champions Portugal will play against Spain in a classic derby while France will host Wales this week. Poland and Russia will play their first game since 2012 when it ended with a 1-1 draw. While England and Belgium choose an easier opponent to play against in their final preparation.

Bet on top friendlies ahead of Euro2020 including Spain vs Portugal

Probably the most interesting game of this week’s friendlies will be the Mediterranean derby between Spain and Portugal. Luis Enrique’s team will host the defending European champions at the home of Atletico Madrid, the Wanda Metropolitano. 20,000 fans will also be allowed to watch the match in the stadium, which can certainly motivate the home team for a good performance. Online sportsbooks in Spain expect a home victory with the odds of 2.15 while the guests’ odds are 3.40. If you’d like to bet on top friendlies ahead of Euro2020, don’t miss the Poland vs Russia game either, with high odds offered for all results.

Meanwhile the reigning world champions, France will host the Welsh team on Wednesday with the odds of 1.25 to win the game. Even though Didier Descamps’ team only drew against Ukraine in their previous World Cup qualifying game at home. And they also lost their friendly match against Finland last November at the Stade de France. Wales won’t be an easy opponent either with players like Gareth Bale and Aaron Ramsey in their squad. Wales reached the semi-final in the last European Championship and will aim for a similar result this time. A great performance against a very strong French team can be a good sign for sure.

Germany vs Denmark can be a thrilling game as well

Joachim Low has recalled Thomas Muller and Mats Hummels to the German team  who can prove their place in the team against Denmark first. Online gambling sites in Spain favor the home team for the win with the odds of 2.05. In spite of their shocking defeat against North Macedonia in March. While Denmark are in superb form after winning all three World Cup qualifiers with scoring 14 goals. The Nationalelf are likely to be without the Champions League winner Chelsea players, like Werner and Havertz, which can also offer a chance for the guests.

England will face a much easier opponent in Austria, who also have top players like David Alaba and Marko Arnautovic in their squad. But Gareth Southgate’s team reached the semi-finals in the last World Cup and are mentioned in the favorites to win the Euro2020. They should also win this game as the odds of 1.45 on bet365 also predict. While their opponents in Russia, Belgium can have an even easier game against Greece this Thursday. Roberto Martinez’ s team will play in a tough group along with Russia, Denmark and Finland. But a victory can surely boost their confidence even if Greece didn’t manage to qualify for the tournament.