Bet on Premier League Round 26 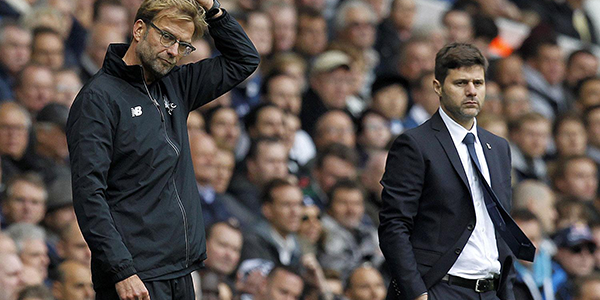 The whole sideshow of the January transfer window is finally over so clubs can get back to doing what they know best – playing football. There have been a number of changes with some high-profile players switching sides, which will be interesting to see if they’ll be successful in their new clubs. Alexis Sanchez, Henrikh Mkhitaryan, Olivier Giroud, Pierre Aubameyang are among the bigger names that could take to the field in this weekend’s rounds 26 of the Premier League, so make sure to place your bets with providers of internet betting in UK!

Man City will kick off the next round first as they take on Burnley away from home on Saturday, in what should be a routine win for the league leaders. After Man United’s defeat against Tottenham on Wednesday, the Sky Blues enjoy a 15-point gap between them and Jose Mourinho’s men.

(Learn more about the online betting site by taking a look at our review about BetVictor Sportsbook.)

Sean Dyche’s side sits in 7th position on the table with 35 points, which is quite impressive considering their limited budget. But they stand no chance against Premier League favourites Man City, so the most that they can hope for is a draw but we doubt even that scenario will happen, so it’s best to place a sure bet on the visiting side.

After the Burnley v Man City game, punters have a chance to enjoy even more thrilling action on Saturday evening with the Emirates hosting Arsenal v Everton. Both sides have underperformed in recent encounters, so we’re uncertain what the outcome could be for this match.

Online sportsbooks in UK are favouring Arsenal for this game, especially after getting forward Pierre Aubameyang from Dortmund right before the transfer window closed. But the thing is that Everton’s odds have been highly inflated due to this, while the chances for a draw between the two are also super high.

Will new signing Aubameyang make his debut at the Emirates against Everton? (source: Metro.co.uk)

Over the last 5 games, the Gunners have lost and drawn twice a piece, while winning only one in the process, and the Toffees have been no better after recording 3 straight losses before going on to clinch a tie and a victory in their last two encounters. OS we’re willing to bet this match could end with a draw that sees both sides score a few goals.

And the final game that we’ll cover in this week’s Premier League preview will be held on Sunday at Anfield, between the Reds and the Spurs. A little over a fortnight ago, Liverpool managed to overcome Man City with a 4:3 victory – Pep Guardiola’s first defeat this season – however only a week later they suffered a loss themselves, against Swansea. This means that over the last 5 matches, Jurgen Klopp’s men have won 4 games, while losing only 1.

Tottenham on the other hand have won 3 games during the same period, but they also conceded foolish draws against the likes of West Ham and Southampton, but managed to defeat Man United 2:0 just a few days ago. So essentially, this game could go either way, despite the odds favouring the Spurs. We’re going to place our bet on a Tottenham win, simply because they’ll be playing at home, where they enjoy a solid record in front of the home support.