Bet on Trump’s Approval Ratings to Drop Below 20%

News >Bet on Trump’s Approval Ratings to Drop Below 20%

The overall approval rating of President Trump has generally remained above 40% in last two years. That is far less than previous presidents of the United States. You can bet on Trump’s approval ratings to slump below 20%, if he faces indictment on collusion with Russia or if he welcomes Putin to the White House. 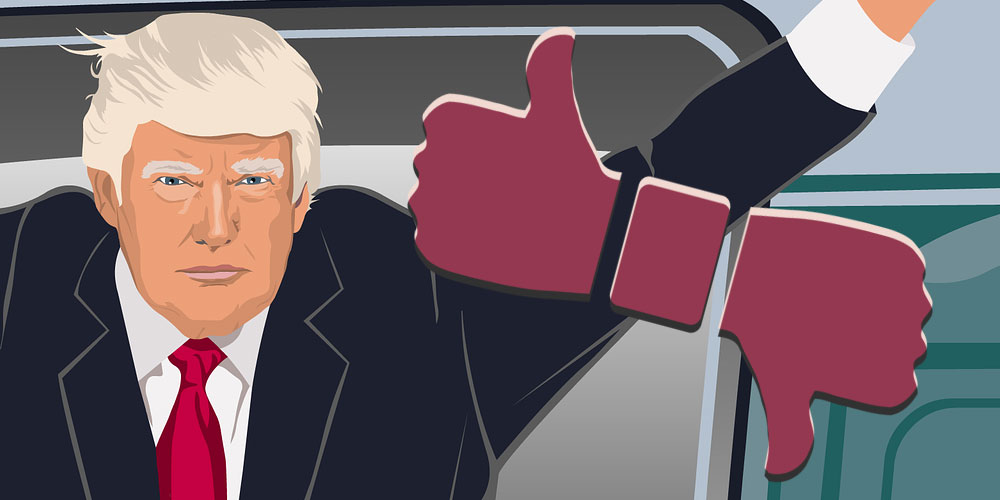 President Trump’s approval rating in December stands at 40%, according to both FiveThirtyEight and Gallup. However, in last two years the rating has fluctuated a lot. The lowest was 36.5% in December 2017, and the highest was 45.5% after Trump’s inauguration in January.

Betting on Trump’s approval ratings to drop below 20% in his first term is available until December 31, with odds of 3 at 22Bet Sportsbook. Approval ratings can drop if the Special Counsel Robert Mueller formally accuses Trump of collusion with Russia or if Trump meets with Russia’s Putin in Washington.

Russian agents approached at least 14 people in Trump’s orbit during the campaign. That includes his children, his lawyer, his national security advisor and his business associates. The end of Mueller’s investigation is expected to be near. If Trump is indicted, his approval rating will certainly drop down below 20%, and you can bet on that at 22Bet Sportsbook.

If Trump escapes indictment, he might decide to invite Putin to Washington. He already declared his plan to welcome Putin this fall, but then he postponed the meeting to the next year. If that happens, you can also bet on Trump’s approval ratings to drop. According to online sportsbook news in Norway, Putin and Trump met three times so far. They met at the G20 in Hamburg. The second meeting was at Helsinki summit last summer and the third was in Vietnam last November.

Economy and Migration are also behind the Approval Rating

It is true that voters often pick presidents based on the health of their wallets. According to online sportsbook news in Norway, Trump’s healthy level of approval rating so far is due to the economy. Voters continue to give Trump credit on the 3.8% of unemployment rate, the economic growth, and the decline of terrorism.

However, President Trump falls under approval rating of 50 when it comes to issues like immigration, foreign affairs and administering the government. Not to mention the impact of his tirades against media, his failure to push through healthcare reform and the latest talk of his impeachment. If we add Mueller’s probe and Putin’s visit to the standing issues, betting on Trump’s approval ratings to slump can be somehow logical.