Betting On Aliens: Have You Seen The UFO? 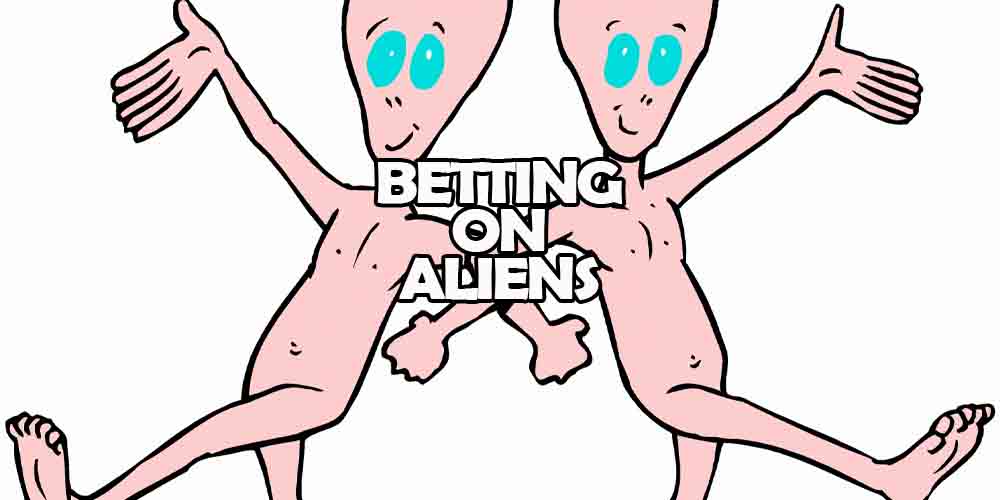 Recently, bookmakers have begun to come up with a wide variety of bets that could interest absolutely everyone. Odds to win the presidential elections, Eurovision, Oscars, and other social events will not surprise the publicity anymore. However, nowadays, online gambling platforms have created something exciting and unique like betting on aliens. Are you sure that they exist? Can you prove that you have seen the UFO? If yes, then our article will be very interesting for you.

How did we first find out about the aliens?

For many centuries, humans have been interested in what is waiting for them there in the open space. Even ancient civilizations were trying to prove the existence of aliens. However, when have people started to bet on them? In 1935, there was one of the first reports of observing a disk-shaped object flying in the sky somewhere in Canada. Three people said they saw the object landing in a forest and also watched as humanoids in silvery robes climbed up a ladder into it. The next day, people discovered and photographed burnt bald spots on the ground in that place.

Already in 1947, an American businessman Kenneth Arnold noticed a chain of nine flying objects emitting a “terrible blue glow”. He described their movement with the following phrase: “as if they took a saucer and threw it into the water.” In an interview with CBS host Eduard Murrow on April 7, 1950, Arnold was surprised that the newspapers misunderstood him. After his words, different mass media sources one after the other wrote that Kenneth saw objects that looked like saucers. Since then, UFOs have been associated with flying saucers. Besides, this was the first recorded case of a person encountering a UFO.

In 2017, the U.S. Department of Defense released a video shot by a camera mounted on a US Air Force fighter. The video shows an unidentified object moving much faster than an airplane. Moreover, it generated a wave of new rumors. Therefore, bookmakers began to accept bets on the existence of aliens. Online sportsbooks in the US offer to answer the question of when they will prove the existence of an extraterrestrial civilization. Among the answers, the option of  “2020, or later” has the coefficient 12.

The other day, astronomers sent a radio message to one of the stellar systems closest to Earth. According to scientists, it contains a potentially inhabited planet. A new signal was sent from Norway. A message includes information about arithmetic, geometry, trigonometry, and also the principle of time tracking used by people. If someone hears and decrypts the message, the answer will come in less than 25 years. Bookmakers accept bets on what the response message will be.

Online gambling sites in the US accept bets on what exactly aliens will answer. For 201.0 you can put on the phrase “Do not disturb”. With a coefficient of 501.0, analysts rated the likelihood of a “Donald, Time to Go” message. 1001.0  is  for proposal to put on the phrase “Cancel Brexit.” The experts also estimated the likelihood that aliens would ask to send photos of naked people with the same coefficient. Finally, for 10001.0, it is proposed to bet that the aliens will ask people to share forecasts for the races in Lingfield.

Betting on aliens attracts a lot of ufology lovers. The maximum bet has already reached $ 500. It is an impressive amount for a non-sport event. In our articles Bet On Alien Life Around Nearby Trappist and Sure, Bet On Existence Of Alien Life, you can find even more exciting information. Get ready to bet!

Who won betting on the UFO?

Several years ago bookmakers proposed one more bet on the existence of UFO. It would seem, who might put their money on it? However, one lover of paranormal phenomena bet $ 25 on the existence of a UFO. Moreover, a man came for his winnings a few days after he made a bet. As evidence of winning his bet, he presented several books and articles. There, the reputable scientists declared the existence of UFOs, confirming their words with photographs and eyewitness accounts.

Unfortunately, bookmakers reacted to the demand for calculating the bet with some irony and refused to pay the winnings. Then the angry better decided to seek the truth in the Ministry of Defense of the USA. He sent his request to officially confirm the existence of UFOs. The answer to this letter hasn’t come yet. Therefore, it is not clear how the situation will develop further. Do you think this guy is crazy? Well, better read our article about Five Weird Bets. And those who want to bet on usual and normal events can always visit Intertops. Maybe you will even enjoy it more than betting on aliens, who knows.