Betway Partners up with talkSPORT for Betting Breakfast Show

News >Betway Partners up with talkSPORT for Betting Breakfast Show 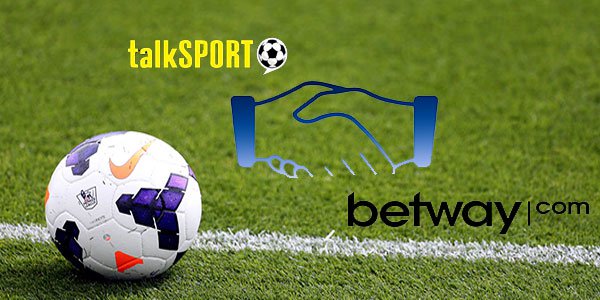 Betway, the popular online betting and casino operator, who made headlines in UK gambling news by sealing a deal with West Ham United, the English Premier League football club, will now be on the airwaves more. This follows the recent partnership with talkSPORT, the UK sports radio station. TalkSPORT is the global audio partner of the Premier League and official broadcaster of the FA Cup, England internationals and the Capital One Cup.

The deal will see Betway linking up with the station’s ‘Weekend Sports Breakfast Show’ which is hosted by Georgie Bingham and Micky Quinn. The show is aired every Saturday and Sunday from 7.00 a.m. to 11.00 a.m. and deliberates on upcoming football games.

Promotional push into the UK market

Betway’s Alan Algar voiced his company’s excitement by saying that “For a huge number of football supporters across the UK, talkSPORT is the first place they tune into every day for all the latest football news. We are delighted to have teamed up with the station which will give us exposure to this huge pool of sports fans”.

During each edition of the show on the Warrington-based UTV Media’s talkSPORT, it will discuss Betway’s latest sports betting odds, under UK gambling laws; listeners will get information on the extensive range of betting markets and topical specials on the weekend’s games. TalkSport also gives breaking news and transfer rumors.