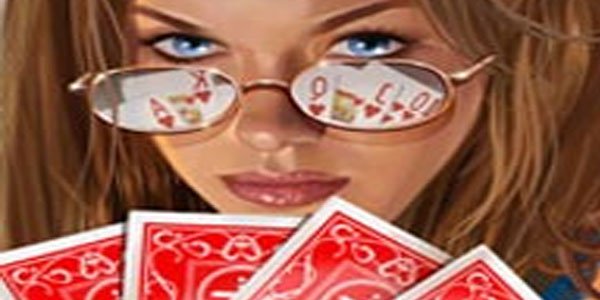 Many foreign tourists come to Costa Rica to enjoy both gambling and the sex trade, which can sometimes be found in the same place.

The small but surprisingly affluent Central American country of Costa Rica has become one of the world’s foremost hubs of tourism since the 1990s. In 1995 the sector became Costa Rica’s largest source of foreign exchange. Most tourists come from the nearby countries of the US and Canada, most are men, and many come to do two things: gamble and hire sex workers, which are made available by lax Costa Rican gambling laws and prostitution laws. Most reports say that the sex industry is much larger than the casino industry, but they often compliment each other. Some casinos even allow sex workers to solicit their services on the casino floor.

• Costa Rica is a major tourist destination, with the industry providing most of the country’s foreign exchange

• Sex tourism makes a large part of the industry, with one study finding that 10 percent of foreign visitors come with the intention of hiring sex workers

• The sex trade and casino industry often compliment each other, with many establishments allowing sex workers to solicit their services on the casino floor

This country has a laissez-faire attitude with regards to both the sex trade and gambling. There are roughly 50 brick-and-mortar casinos to be found in Costa Rica. Most casinos can be found in and around the capital city of San Jose and are relatively small, featuring a few table games and 50-100 slot machines. The most common games are a variation on blackjack called “Rummy,” and roulette, which the Costa Ricans call “Canasta.” The favorite of Costa Rican poker rooms is Caribbean stud poker, which was invented in the Bahamas.

There are no large Vegas-style casinos like the ones which can be found in neighboring Panama.
Give the small size of most casinos, the industry is not a major money maker for the country. Most patrons came to Costa Rica for something else and decided to gamble a bit on the side. Many of these casual gamblers came primarily to partake in the sex trade.

Costa Rica doesn’t often make gambling news, but it has become a well-known country nonetheless. While Costa Rica boasts fabulous casinos as well as absolutely breathtaking natural landmarks like the Arenal volcano and Celeste River, sex tourism is a major draw. One study estimated that 10 percent of foreign tourists came with the intention of hiring sex workers. The industry is legal and somewhat regulated, with the authorities tolerating it because of its importance to the national economy. The majority of foreigners engaging in sex tourism come from the US and Canada, as do the majority of tourists overall.

What makes this unwholesome part of Costa Rica’s tourism industry so popular? There are several reasons. One is that prostitution is legal there. Pimping isn’t, but an individual woman selling her body is completely kosher. So men engaging in these activities can rest assured that they won’t face any trouble from the police. This also means that prostitutes are easily accessible. According to the reports of many tourists and journalists who have observed the sex trade in Costa Rice, there is very little or taboo associated with the industry.

Casino tourism and sex tourism often compliment each other. Some would call this an unholy alliance with harmful social effects for the country. Others would call it a fantastic way to bring much-needed tourist dollars into the country. Many men come for the casinos and stay for the prostitutes, or vice versa.

Many prostitutes solicit themselves in casinos. Some casino owners tolerate this due to the activity being legal and beneficial to getting men through the casino doors. Others refuse to allow prostitutes to ply their trade on the premises. Casino blogger Steve Bourie recounts his visit to a Costa Rica casino:

This wasn’t really a “brothel” in the traditional sense. Rather, it was a casino/hotel that was used by many “ladies of the evening” to solicit customers. As the four of us strolled through the various areas of the Del Rey Casino and Hotel it was amazing to see at least 200 attractive women of all ages just standing around waiting to negotiate their deals.

This is especially convenient for tourists who can gamble and find a companion for the evening in one convenient place, especially in such cases where the casino is located inside a hotel complex. Before traveling to Costa Rica do your homework. If you are looking for prostitutes choose a casino that hosts them. If not, make sure you find one that doesn’t allow them on the casino floor. Most establishments also have an understanding that working girls are not to approach men actively engaged in gambling.