Governments are Spying on You, So are Others, Too?

News >Governments are Spying on You, So are Others, Too? 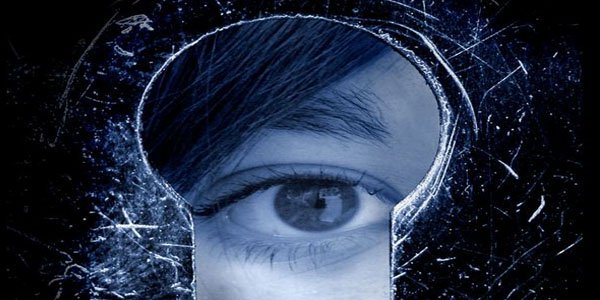 Some agencies are notorious for their relentless pursuit of data, however there are others that are less known, but equally efficient in obtaining your personal information.

In the modern world virtually everyone and anyone can be reached and as a consequence anyone for that matter, can also be monitored by any one of the bigger spy agencies.
Technology has brought us all closer, but many believe certain government agencies have brought us too close within their grasp. The miniscule proximity that separates us from them is quite frightening.

Phones, emails, social site profiles, accounts numbers and almost anything that is stored on the internet can easily be checked on and “peeped” into.
The real question is not “who’s spying on us?”, but rather what people should ask themselves is “who isn’t?”

The NSA is perhaps the most notorious agency regarding privacy issues. In recent years they have invaded millions upon millions of people’s private data, ranging from mobile phones to the more popular medium; social media sites.

Since America maintains global power, it is rather easy for the agency to strike deals with foreign agencies that will assist them in their pursuits of uncovering all sorts of information.

Agencies from the various countries work with and support the NSA, as they usually exchange information on data that they deem relevant.

That “relevant” information may involve someone talking about going for a walk on a sunny day or breaking up with their boyfriend – something civilians consider completely irrelevant o the agency and absolutely personal.
Additionally, it has been reported that the NSA has also been monitoring mobile casino activities, as well as harm free children’s gaming consoles.

When it comes to obtaining data from Google, the NSA is one of the prime candidates for obtaining information through the online search company.
Google reported that last year nearly 54,000 requests were made globally to obtain access to private and sensitive data.The vast majority of the requests came from the US, but the request figure does not represent the amount of applications made by NSA.

Nevertheless, NSA remains the biggest proprietor of personal data, whether it comes from mobile devices, app registration information or the social sites.

Once again the NSA supplied its aid, by offering its software to the German BND and BfV.
Last summer German newspaper Der Spiegel reported that the NSA was maintaining a mass spying operation in Germany. German Chancellor Angela Merkel, along with other high ranking officials, adamantly denied that such an operation was in place.

However, shortly afterwards special documents revealed the truth, that the two agencies, NSA and BND, were working together as a unit to spy on German citizens.
A program titled XKeyScore, NSA’s spying program, was used by the German agencies, as they wanted to contribute to capturing suspects of terrorist acts. The Germans issued a statement explaining that they aim to “expand their ability to support NSA as we jointly prosecute CT (counter terrorism) targets.”

It is reported that up to 500 million data connections are accessed by the NSA on a bi-monthly basis, something that is heavily managed by the XKeyScore program.
As reported by a 2008 NSA presentation, XKeyScore is a productive espionage mechanism. It is able to detect information pertaining which data connection were made. Furthermore, it can uncover any terms the suspected target has typed into a search engine.

Since anyone can be a potential suspect, therefore anyone is susceptible to be targeted by the sophisticated software.
So German gamblers should be aware that by mistakenly typing in search engines “mobile casino strangling” instead of mobile casino gambling, they are destined to be approached by the authorities imminently.

In recent times, the UK intelligence agency GCHQ has been embroiled in controversy, as unrest regarding privacy concerns grows in the UK.
A special program that targets people using webcams during live chat sessions, titled Optic Nerve program, has recorded and stored data of 1.8 million UK residents in 6 months alone.
The all present NSA was also involved in this “little” project. They have provided their British counterparts with the necessary framework for the data collection scheme.
Just like the German agencies, the Optic Nerve program also made use of NSA sophisticated search tool tracking program, the XKeyScore.

GCHQ’s extensive portfolio of internet cable taps provided the Optic Nerve program with the means to collect vast amounts of data. The data was then processed and relayed to the NSA systems, with which the US agency could then easily track a countless webcam users.
Questions persist to what degree has this program been used to check up on and spy on people? In addition to spying on the online gaming community, some reports have also indicated that online gambling sites in UK have also been targeted by GCHQ.
No one and no online platform is exempt from government scrutiny, regardless of where one lives.

The United Kingdom – United Stated of America Agreement (UKUSA) is a global spy network that consists of five countries, spread across three continents.
The “fraternity” is also synonymously known as the Five Eyes Spy Club, and the policy dictates a multilateral cooperation between the UK, US, Canada, Australia and New Zealand.Together they are working on gathering information on signals intelligence.
A case concerning Kim Dotcom clearly showcases how intrusive some of the respective firms can be.Dotcom is a German internet entrepreneur who founded the online file sharing site Megaupload.
Dotcom, who made millions from the website, enjoys the lavish life and is also an avid poker player. In addition to regularly visiting New Zealand poker rooms, last year he hosted a mini poker tournament at his large mansion, when he’s not working.

However, on January 20th 2012 special police forces raided Kim Dotcom’s mansion on New Zealand. He was tried by court, but later set on house arrest with the trial proceedings still ongoing.
The governments of US, New Zealand and even Hollywood claimed that Megaupload was being used for criminal reasons.
Dotcom puts much of the blame for the blunt invasion of his privacy on the UKUSA group. He believes in and continues to fight for internet freedom, which has lead him to launch the “spy free” Megaupload successor website Mega.

With all of the agencies and governments spying on millions of people, it makes one ask oneself if there’s any true benefit from all that intelligence gathering?
Certainly, there is a large downside to the common folk, as his/her private life is being heavily scrutinized by virtual strangers. But for all this intrusion, there ought to be a good and reasonable explanation, and for now it seems that the people have not got one from their governments.
Nevertheless, hope persists, as some prominent political figures seem to have taken a stand for the good of the people. For now, at least, chances have slightly improved for the prevention on privacy intrusion.