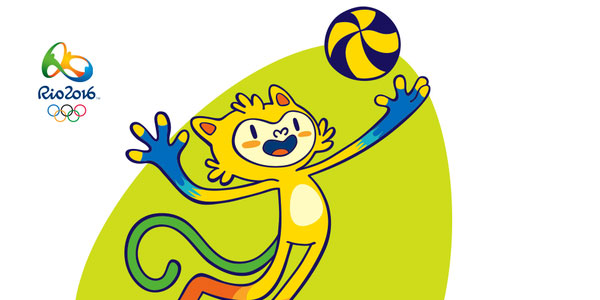 Everyone plays it in the summer: among sandy beaches, sun and sea, beach girls, volleyball is an inescapable entertainment. But not many are aware that volleyball is in fact the fifth most popular sport in the world according to the estimated number of fans, and one of the most interesting competitions on the summer Olympics. In this article Gaming Zion introduces you to the essentials of the women’s volleyball Rio 2016 tournament: all you need to know for a joyfull following of this magnificent sport.

A bit of history of Women’s Olympic Volleyball

Both the men’s as well as the women’s volleyball competitions were initially introduced on the Olympic games in Tokyo in 1964.The golden medal there in the women’s competition went for the hosts Japan, while the silver and the bronze belonged to the Soviet Union and Poland respectively.

The development of the Olympic history of the women’s volleyball is full of diverse domination of styles of playing volleyball and national teams which marked the decades with their performances. Until the late 80’s the most successful nation in the volleyball world was the Soviet Union. The 90’s marked the unprecedented domination of Mireya Luis’s Cuba. While the last two Olympics were won with superiority by the Brazilians.

As usual in the past Olympics 12 teams will again start the race for the gold in Rio. Group A is composed by the hosts and actual Olympic champions Brazil, the actual European champions Russia, the always dangerous teams of South Korea and Japan and Cameroon and Argentina. Group B is headed by the USA followed by China and the three European super teams of Serbia, the Netherlands and Italy as well as Puerto Rico.

For all you who bet on sports in EU the odds for this year’s tournament are certainly of great interest.

According to Paddy Power this tournament is practically already decided.The biggest chances in the group A bookmakers give to the hosts Brazil 1.17 while Russia gets 4.00. Cameron’s and Argentina’s chances can’t be estimated on a lower level, both being around 500.1.

Group B seems to be the more equal of the both. Except Puerto Rico’s estimated odds at 426.00 the rest are not showing considerable differences. The favorites are certainly USA with 2.10 and China 3.00, followed by Serbia and The Netherlands both estimated at 7.0 and Italy 9.50.

As we can see from the odds above the online sportsbooks in EU are already predicting that this tournament will be a repetition of what we saw on the last two editions of the Olympic Games in Beijing and London. According to many, the clash of the titans in this competition, Brazil and USA, will be the closing match on this Olympics offering the best in today’s women volleyball. The players to be followed are for sure to be found in these two squads.

Could it be gold again? (Photo: Ivan Pacheco / Terra)

The legends and already proven leaders such as Sheilla Castro,Thaisa Menezes and Jaqueline Carvalho, will be the “wings” of Brazil’ flight towards their third consecutive Olympic gold medal in this sport category.

On the other side last year’s MVP on the FIVB, 23-years old opposite Karsta Lowe together with the outside hitter Megan Hodge- Easy will be the duo that might bring the big surprise. Hodge-easy lost both finals on the previous Olympic Games from Brazil, but there is certainly no better way for revenge than winning over the favorites on their home ground.

In the end, volleyball fans as well as fans of internet betting in EU will have the opportunity to see on this tournament not only a great struggle for the medals but also one of the most beautiful athletes in the world. The super popular Sabina Altynbekova might not be there, but believe me, beauty is something that will not be missing in this tournament under any circumstances.