Brazilian Election Betting on a Runoff between Bolsonaro and Haddad

With the far-right candidate Jair Bolsonaro falling four points shy of the outright victory, Brazilian presidential election is heading to the runoff on October 28. 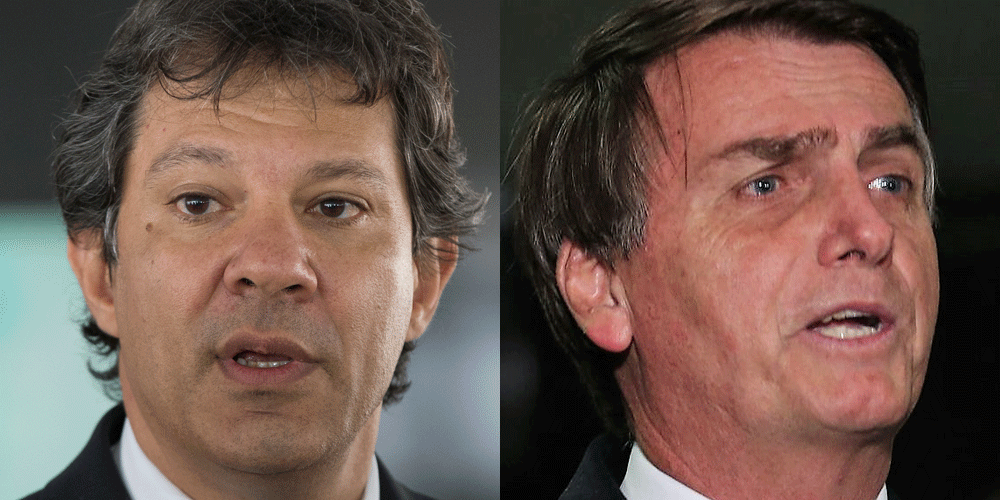 According to online sportsbook news in Brazil, Mr. Bolsonaro gained 46 percent of the vote, his nearest rival Fernando Haddad finished far behind, with 29 percent. The two persons represent radically different visions for Brazil, where centre and centre-left have dominated the scene for 24 years. Bolsonaro rose to the top, despite long history of offensive remarks about women, blacks and gays. He is running against the Mayor of Sao Paulo who replaced former President “Lula” as Workers Party’s candidate less than a month before the first round. Mr. Haddad is facing a big challenge to close the massive gap of 17 points in two weeks.

Bolsonaro has promised to govern with a hard hand against crime and corruption. Such agenda has a massive support by the voters, especially after Brazil’s incumbent President and two former Presidents have been accused of corruption and money laundering. Not to mention Brazil’s most popular former President “Lula” who is serving 12-years sentence after being convicted of corruption, and former president Dilma Rousseff who was impeached in 2016.

The support for leaders of the traditional parties is shrinking, and the political division has torn the country apart in recent years. Therefore, it will be very hard for Fernando Haddad who replaced former President “Lula” to unite the country at this point and close the gap until the runoff.

Bolsonaro portrays himself as anti-establishment. He lacked backing of a major party and campaigned on a shoestring budget, relying mainly on social media to build a base. Bolsonaro campaign reported having spent about $235,000, which is a small fraction of the $6.3 million the Haddad campaign disclosed having spent. With most Brazilians demanding economic reforms, the low spending on election campaign, is perhaps a strong tool by Bolsonaro to win the majority of the vote.

Will Haddad Turn Things Around?

In less than a month, Mr. Haddad was able to rise from 4% to 23% in the pre-election opinion polls. He in fact won a remarkable 29% in the first round. However, he needs much more to overthrow Bolsonaro’s commanding lead in just two weeks. The Economist Laura Carvalho speaking to NYTimes suggests that

“Instead of focusing on racism and misogyny, which did not have much effect, they should focus on the economic agenda and the anti-worker aspect of the Bolsonaro candidacy.”

It remains to be seen in the upcoming days how Mr. Haddad will try to win more support of the Brazilians. If you are looking for Brazilian election odds, check out best online betting sites in Brazil like Coral Sportsbook. The expectations are on Bolsonaro to win at 1/6, while for Fernando Haddad to turn things around the odds are 7/2. Brazil had second round elections since 2002, and it has never been reversed for the second place candidate to win a runoff. If such tradition breaks this time, it will add another surprise for the current election race.