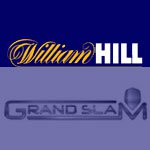 William Hill, one of the most successful online sportsbooks in United Kingdom, decided to take a breather from the Israeli developments and sponsor this year’s Grand Slam of Darts. The gaming operator is still struggling to calm the waters in its Israeli office, read more in our (Mass Walkout at William Hill Support Center in Israel).

The 2011 Grand Slam of Darts is the biggest darts event of the year and is scheduled to take place from Nov 12-20 at the Wolverhampton Civic Hall. William Hill, which operates in full compliance with British gambling laws, has pledged to support the popular nine-day event.

The Grand Slam of Darts will be televised by Sky Sports and features a total of thirty two players including the 3-time winner Phil Taylor, defending champion Scott Waites and World Champion Adrian Lewis. The event is broken down into eight 4-man groups before the top 2 places in each group advance to the knockout phase.

The darts tournament is highly popular with British punters and has been enjoying a growing success among worldwide bettors. The event will finish on Sunday, Nov 20, with the semis and the final, played over two sessions. The winner will take home the honor and the juicy GBP 100,000 prize.

PDC chairman, Barry Hearn, told United Kingdom gambling news: “We’d like to welcome William Hill as the new title sponsors of the 2011 Grand Slam of Darts and look forward to working with such a well-known and respected brand.”

He added: “This tournament brings together the greatest players in darts, who have qualified by virtue of their achievements in major tournaments over a two-year period, and in William Hill we have a sponsor whose stature reflects that.”