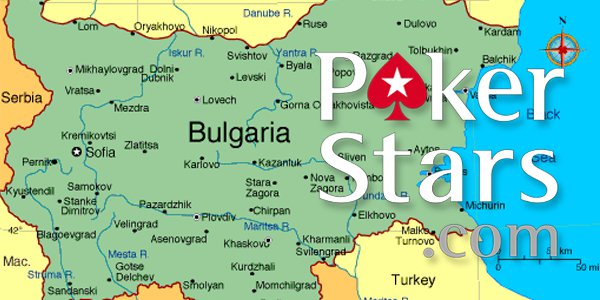 Popular gaming site PokerStars enters the Bulgarian market after being granted a license by the State Gambling Commission.

PokerStars is known throughout the world as the best gaming destination for online poker, as they are known to host some of the best tournaments comprising of countless players. Now customers have also been granted access to play online poker in Bulgaria, considering the numerous opportunities in that market.

Eric Eric Hollreiser, head of Corporate Communication of Rational Group (parent company of PokerStars), is adamant that the poker site will prove to be a success in a country that bears great potential. “We believe in the potential of the Bulgarian market and that is why our company has invested in the local license.”

The new venture in Bulgaria comes with great benefits for local players. Customers will be offered a rebate of 100% up to $600 as their first deposit deal, while numerous other promotions will also be up for grabs.

PokerStars regards Sundays as special days for tournaments, so Bulgarian players will get a chance to participate in the “Pokerstars.by Freeroll” on that unique day. There’s a $3,000 additional prize pool which will serve to boost players’ accounts.

Gambling news reports that Rational Group is currently in the process of obtaining a gaming license for it other prominent site Full Tilt, which promises to deliver even more poker fun to the Bulgarian market.