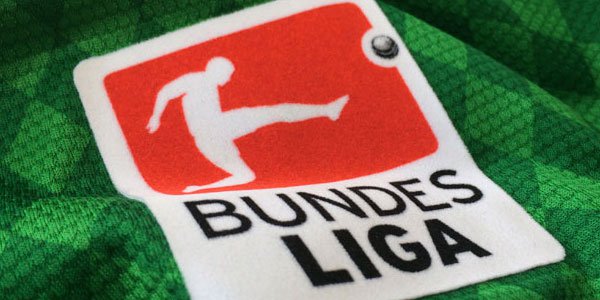 Following the weekend games in the Bundesliga, the German league is ready to showcase matches that will take place during the week.

Bayern Munich will go up against rivals Schalke in a match that promises to offer great entertainment thanks to the immense rivalry enjoyed between the two sides. According to German gambling news, round 19 will also see Moenchengladbach host Freiburg and looking at their recent results the former should emerge as the winner.

Action will also take place between Hannover and Mainz, while Wolfsburg will try to find a solution in defeating Frankfurt away as they have just recently sold their striker Ivica Olic. However, reports have been circulating that Andre Schurrle should be joining the Wolves from Chelsea, a player that would definitely boost their game.

Bayern Munich vs Schalke and Frankfurt vs Wolfsburg

Pep Guardiola’s men have been invincible at their home ground, Allianz Arena. Out of 9 games played there they have won all of them and have only conceded 2 goals while scoring a massive 27 goals in the oppositions’ net. Therefore, it is obvious that Bet365 ranks them as supreme favorites 1.14 (1/7) against one of their main rivals Schalke.

The visiting side have been given complete outsider odds 15.00 (14/1), with a draw standing at 9.00 (8/1). That is mainly due to the fact that Bayern are far superior than them and also because they have won only 3 games while playing away, whereas the rest of the matches resulted in 5 losses. Despite suffering a defeat against Wolfsburg over the weekend, Bayern will most likely overcome their opponents with a massive score difference.

Frankfurt find themselves in 9th place with 23 points overall and they maintain a record of 4 wins, 2 draws and 3 losses while playing at home. Over the last 5 games they have won only once while the rest of the times they tied on 2 occasions and even lost twice. Online sportbooks in Germany don’t have much faith in Frankfurt 3.80 (14/5) due to their dire performances in recent times.

Wolfsburg on the other hand are second in the league with an impressive 37 points from 18 games so far. They will be looking to build on their current momentum after thrashing rival Bayern Munich a cool 4-1 on Saturday. Their record away stands at 3 wins, 2 draws and 3 losses, however Bet365 still ranks them as favorites to win 1.85 (6/7). A draw doesn’t seem to a realistic option, which has been set at 3.80 (14/5).

Hannover vs Mainz and Moenchengladbach vs Freiburg

Hannover will be aiming to seal some extra points against Mainz when they face them tomorrow evening on their home ground. The hosts lie in 8th position on the table with total points being 24 from 18 games this season. While playing at home they have notched 5 wins and 0 draws and 3 losses, which isn’t that convincing considering they had home field advantage. However, Bet365 has still earmarked them to win 2.20 (6/5) against their upcoming opponents.

Mainz are slightly down the table in 11th spot with 21 points. their record away from home is quite bad (1 win, 5 draws and 3 losses) and in their last five matches they only managed to win once, a victory that came last weekend against Paderborn. The rest of the games resulted in 2 draws and 2 losses, so it makes sense that Bet365 doesn’t favor them to win 3.25 (9/4).

Moenchengladbach will go up against Freiburg at home on Tuesday evening in the last match of that day. The hosts have achieved some great success and now lie in 3rd position which would effectively qualify them to the Champions League next season should they continue to keep this high place on the table. Over the last five matches they have sealed only 1 loss, 1 draws and a cool 3 wins, which is why they are primed to win their upcoming game against Freiburg.

The visiting side are currently in 14th spot with 18 points overall and they maintain a very pressing record while playing on the road (1 win, 4 draws and 4 losses). German mobile betting sites have decided to give them unfavorable chances 6.00 (5/1), while Moenchengladbach have been assigned great odds 1.53 (6/11). A draw between the two stands at 4.33 (10/3), an event that is not very likely to happen.