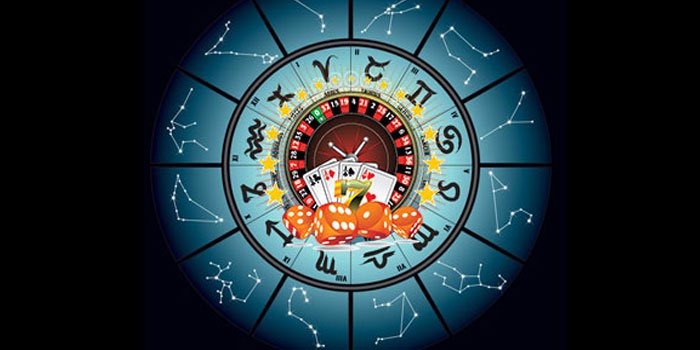 Like fellow Aries Jenna Jameson you’ll feel like getting things off your chest this week but be warned, not everyone will welcome your sudden honesty and you might face adverse reactions from those closest to you however pragmatically supportive adversaries will surprise you. Don’t be fooled by their fleeting lack of hostility they’ll resume their typical pattern of behavior before the weekend. Avoid minefields and staring directly into the sun. Your lucky Psalm is 146, your lucky sea; Dead.

With Megan Fox a Taurian too you might feel like you can take on the world but it is best you keep your head down lest the gathering storm clouds around you engulf you in drama not of your making. You will be asked to take sides, avoid this at all costs. There will be no coming back from some of the accusations made. If you like internet betting in the UK make a wager at Bet365 but be sure to avoid horizontal stripes of whatever hue. Your lucky Spanish village is Puerto Castilla, your lucky food sheep’s eyeballs.

Like Johnny Depp, with whom you share a star sign, you’ll fancy ringing the changes this week and if you’re brave enough to take the plunge you’ll be presented with numerous opportunities you’d otherwise have missed out on. There’s ample scope for you to cause mischief but beware, there will be repercussions later that you may regret having to deal with. Avoid the color brown, the square root of any number ending in 7 and remember that your lucky pop classic is “Wuthering Heights” by Kate Bush.

Just like Sofia Vergara, another Cancerian, you’ll want to strike a pose this week and there will be a good chance before the week is out for you to strut your stuff. If you’ve been keeping secrets from someone who deserves to know, now is the time to tell them. There will be short term difficulties but long term its the best route. A dog will signal good fortune and a green scarf extreme danger to life, liberty and good health. Your lucky language is Ceve from Cameroons, and your lucky road is Route 8 out of New Brunswick.

You may feel, like fellow Leo Jennifer Lawrence, that you’re a tad over-exposed this week and there will be the temptation to hide away from the world. Fight the instinct as there’s plenty for you to get involved with this week, especially around Thursday. Your luck is riding high so take advantage of UK gambling laws and place a wager at Bet365 just be sure to trust your instincts and not over-think your choices, just be sure to avoid invasive hostile alien species and street mimes. Your lucky number is 31, your lucky town in Mozambique is Jangamo.

Pink is another Virgo and like her there’s no stopping you this week so don’t let the objections of others alarmed at your speed of progress put you off. You’ll get lots done if you put your mind to it and your shoulder to the wheel and others will be inclined to join you if you’re seen to be exerting yourself. Try not to get into arguments midweek as they won’t result in anything good for anyone involved, especially not family members. An old friend will surprise you on the weekend, try not to judge them too harshly. Your lucky enzyme is a Ceramide cholinephosphotransferase.

Like fellow Libra Avril Lavigne you might be finding everything a bit complicated this week but if you slow down and stop charging at everything like a bull in a china shop the chances are you’ll manage to get a grip on things. Patience is the key but you’ll have to choose which door to apply it to. If you’re in a betting mood make sure you analyze out all the permutations before putting your money down at Bet365 but with a little concentration you could make a killing. Your lucky church is Holy Cross in Binstead on the Isle of Wight.

Matt Smith is also a Scorpio and perhaps you’ll wish you could travel in time around mid-week but apart from a small hiccup the rest of this week should be a breeze with friends, family and colleagues leaving you out of their petty squabbles and intrigue. A baseball cap warrants further investigation and a chance encounter will give rise to some employment possibilities. The weekend will be made fraught by others, attempt to rise above it. Your lucky juice is pineapple, your lucky disease is lung cancer.

Like Bradley Cooper you might want to shoot someone this week but it’s probably best that you contain your anger and understand that these fleeting moments of angst and annoyance will pass well before the weekend. You can rely on your instincts this week to be spot on and the first judgment you make likely to be the right one, this will be particularly hand if you’re placing a bet or two at Bet365 but will also be handy in social situations. Your lucky animal is a penguin and your lucky electoral district is Louis-Saint-Laurent in Quebec.

You might share a star sign with Paris Hilton but that doesn’t mean you’re going to be gambling news that everyone wants to see what you’re really like this week is true, and despite invitations from various quarters you’ll be best served by taking it easy and not pushing the social envelope. The weekend will see your mood shift and good fortune abounds as you emerge from your self-imposed exile. Surprise a friend and be surprised in return. Your lucky fish is Plaice and your lucky hydroelectric generating dam is Quingshan in China.

Whether you can act the part as well as Maite Perroni, a fellow Pisces, remains to be seen but you’ll have to give it a good go this week as it is expected of you to keep up appearances even under the immense pressure of colleagues and family. Don’t crack up and the weekend will see you rewarded for your patience. Take a chance on the color red and you’ll find there’s more than a silver lining to every cloud. Your lucky ninth century bridge is in Gourge western France over the river Thouet, your lucky fungus is Lanatonectria.