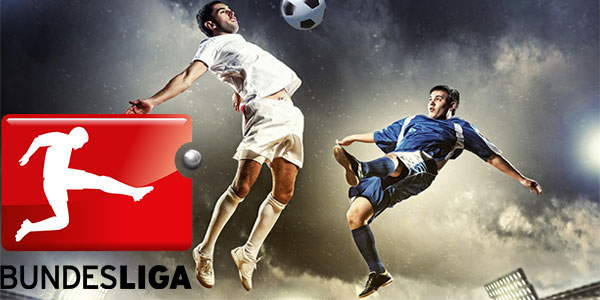 Let’s take a look at part II of our Bundesliga round 19 betting preview as we aim to show you some of the best encounters in the league.

After looking over some of the matches in part I of our German league preview we a ready to offer some more additional information regarding the games that will be played on Wednesday evening. German gambling news reports that Dortmund will host Augsburg, however the former side have endured some very disastrous times are not considered strong favorites.

Hertha will go up against Leverkusen and judging by recent results the latter team should emerge as the winners of the encounter. Werder Bremen will travel to Hoffenheim where they will try to clinch a win and improve their position on the table. And finally we will also take a look at the game between Paderborn and Hamburger, which now boast their former striker Ivica Olic.

Dortmund vs Augsburg and Hertha vs Leverkusen

Dortmund used to compete for the biggest trophies both domestically in Germany and also on the international stage in the Champions League. Last season they finished 2nd in the league behind leaders Bayern Munich, however now they’re facing a completely different situation. There seems to be no end to their misery and they now find themselves in last place on the table with only 16 points.

Despite the fact that Dormund have bad records at home (3 wins, 2 draws and 3 losses), they are still viewed as favorites 1.44 (4/9) against Augsburg. The visiting side sit in 5th place fighting to enter the top four of the Bundesliga and qualify for major tournaments next season.
Bet365 has decided to give them underdog chances 6.50 (11/2) due to their bad away record (3 wins, 0 draws and 6 losses). A draw has been set at 4.50 (7/2), an event that in not probable.

Hertha Berlin will face a tough challenge against Bayer Leverkusen at home on Wednesday evening. The hosts currently occupy 15th spot in the league and their home record stands at 4 wins, 1 draws and 4 losses, which means that they are rather unstable playing on their home field. German mobile betting operators have identified them as outsiders 5.55 (9/2) for their clash against Bayer Leverkusen, due to their performances at home.

Leverkusen are on the verge of entering the mold of the top 5 as they currently sit in 6th place with 29 points. There is a only a single point dividing them and Augsburg who are in 5th position and judging by their recent results they should be breaking into the top spots pretty soon. While playing away they have recorded 3 wins, 2 draws and 3 losses, however
Bet365 still believes they have the ability to make a significant impact 1.67 (2/3) against Hertha.

Hoffenheim vs Bremen and Paderborn vs Hamburger

Hoffenheim will go up against Bremen in an attempt to reach a better standing on the table. The home side are trying hard to make a difference in the league however they have so far only managed to reach 7th place with a decent record of 5 wins, 2 draws and 2 losses while on their own ground. Over the last 5 games they have notched 3 losses and 2 wins, which is quite volatile, however
Bet365 is certain that they can win 1.67 (2/3) against Bremen.

The visiting team used to a force in German football several seasons ago, whereas now they are trailing in 12th position with only 20 points. The last 5 matches have seen them record 2 losses and a 2 draw, while the recent 2 were victories. However, they are still considered underdogs 4.75 (15/4) going up against Hoffenheim.

Paderborn sit in 13th spot with 19 points and a home record of 3 wins, 4 draws and 2 losses. Earlier in the season they were a surprise in the league to many thanks to their promising performances, however over time they have succumbed to the bad results. They have only achieve disappointing results over the last 5 games (3 draws and 2 losses), however online sportsbooks in Germany have given them favorite odds of 2.50 (3/2).

Their next opponents Hamburger are currently located 16th on the table and therefore find themselves in the relegation zone. They recorded 1 win 5 games ago, however the last 4 resulted in 2 draws and 2 losses. Hopefully, the addition of their former striker Ivica Olic will help them score more goals so they climb out of the danger zone.
Bet365 has therefore decided to give them slightly worse odds 2.88 (15/8) than Paderborn.