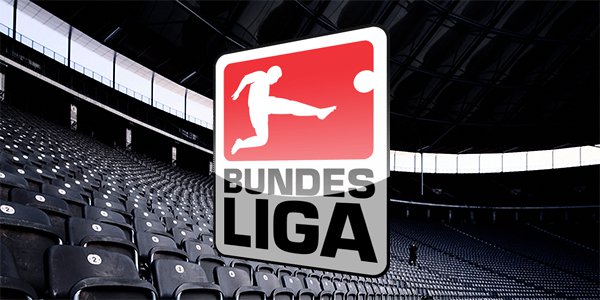 Round 27 of the Bundesliga will showcase some exciting encounters this weekend, including come exciting derbies.

The German top flight has not seen action since the 22nd of March, so all the clubs and their supporters are ready to take on other sides to clinch a better spot on the table. According to German gambling news Hannover will travel to Frankfurt to play against the local side where they will aim to hopefully win the encounter.

Bremen will host Mainz in a what is looking to be a good game to place wagers on and earn a few extra bucks. Freiburg will play against Koln at home where they will be looking to take advantage of their support in order to clinch a win. And lastly, Moenchengladbach will visit Hoffenheim in what is probably going to be a superb game to follow for fans and betting enthusiasts alike.

Bremen vs Mainz and Frankfurt vs Hannover

Bremen have so far collected 34 points from 26 outings in the Bundesliga, which granted them 9th position on the table. Over the course of the last 5 encounters they notched 1 win, 2 draws and 2 losses. At home they managed to win on 6 occasions, but they have also blundered at time drawing 3 times and losing 4. Bet365 have nevertheless decided to award with preferential chances 2.50 (3/2), as they will be the team with home field advantage.

Mainz are located 2 places below their upcoming opponents in 11th spot with a total of 30 points. They have performed quite poorly while playing on the road clinching only 2 victories. The rest of the games ended in 6 disappointing draws while the other finished in 5 losses. They suffered a bad run of games away until their last game which saw them win the match against Augsburg 0:2. Their odds to win are 2.80 (9/5), while a tie stands at 3.40 (12/5).

Frankfurt will go head to head with Hannover at home in what is expected to draw a large crowd at the host’s stadium. The home side find themselves in 8th position with an overall of 34 points. In the last 5 encounters they experienced ups and downs winning 2 games and losing 3. Mobile betting sites branded them as favorites 2.00 (1/1) for the match against Hannover, as they maintain a slightly better form their next opponents.

The travelling side have been assigned underdog chances 3.50 (5/2), as they have been putting on some lackluster performances. Their form has been pretty disappointing considering they only recorded negative results in the last 5 games (2 draws and 3 losses). A tie may be possible as both side have been known to blunder on occasions, for which the odds are 3.75 (11/4).

Freiburg vs Koln and Hoffenheim vs Moenchengladbach

Freiburg currently sit in 15th position with only 25 points to their name. At home they only managed to record 3 wins, while the other encounters ended in 6 draws and 4 losses. The form that they have experienced so far has also been disappointing (2 wins, 2 losses and 1 draw). that is main reason why their chances stand at 2.60 (8/5), despite the fact that they will be the hosts for the upcoming game against Koln.

The visitors sit further up the table and are not as in danger of dropping down to the relegation zone as Freiburg. Koln have accumulated 30 points overall which grants them 12th place in the Bundesliga. Although the odds are not in their favor 2.80 (9/5), their away results have been pretty decent for a team of their size. They were able to win on 5 occasions while playing on the road, while the other matches ended in 2 draws and 6 losses.

Hoffenheim will receive a test against Moenchengladbach, however they will try to use everything they can to beat the opposing side. The hosts occupy 7th spot on the table after getting 37 points, and their home record is solid, which stands at 8 wins, 2 draws and only 3 losses. Although they are so far achieved positive results on their own ground, online sportsbooks in Germany believe that both they and the travelling side have equal chances of success 2.63 (13/8).

Moenchengladbach are the third best team in the Bundesliga this season. They have claimed 3rd position for a while now as Bayern and Wolfsburg are right ahead of them. They managed to collect 47 points and their recent form stands at 3 wins and 2 draws. On the road they notched less impressive results (4 wins, 5 draws and 4 losses), so a draw may also be a possibility for the match 3.50 (5/2).