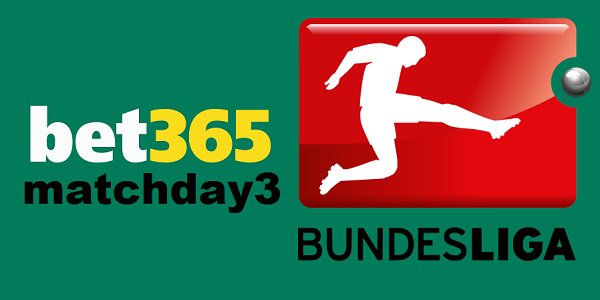 GamingZion takes a look at some of the exciting encounters set to take place this weekend in the top flight of German football.

“Angreifen, angreifen!” (attack, attack) will be the main words reverberating throughout stadiums in the Bundesliga over the course of Saturday and Sunday. Current defending champions Bayern Munich are second on the table, while their fierce rivals Borussia Dortmund occupy first spot thanks to goal difference.

German gambling news reports that punters can expect some solid games. Koln will face Hamburg at home, in what should be an exciting match considering that both teams are known to surprise at times. Mainz will be tested against Hannover, while Bayern Munich will play Leverkusen at the Allianz Arena. And lastly, Bremen and Monchengladbach will also go up against one another, however the latter has limited chances of collecting three points.

Koln vs Hamburg and Mainz vs Hannover

Cologne favoured against Hamburg, Mainz should dispose of Hannover

After a mere 2 rounds in Bundesliga, Koln have managed to find the back of the oppositions’ net 4 times. However they have also let in 2 and have suffered a setback in their second game of the season. They faced Wolfsburg on their own ground, but were not able to use home support and familiar surroundings to their advantage, as the game ended 1-1.

But fortunately they beat Stuttgart 3:1 on the road. That is part of the reason why against Hamburg they are favorites 1.83 (5.6), per Bet365 Sportsbook. The fact that they will be playing at home will aid their cause. A draw stands at 3.50 (5.2), while a win for the visiting site stands at a high 4.50 (7.2). Hamburg have so far recorded a win and loss, however they are not likely to make an impact in their next game.

Mainz will go head to head with Hannover this Saturday in what should be an uncertain encounter. The hosts have been assigned favourable odds of 2.00 (1/1), however considering that they are prone to blunder on occasion, a draw may also be on the cards 3.50 (5/2). While hosting Ingolstadt in their first game they lost 0-1, but managed to make up for the disappointing result the next weekend with a surprise 2-1 win over Monchengladbach.

Hannover recorded a 2-2 draw against Darmstadt, while a week later a greater misfortune struck them. In front of their own fans they lost 0-1 against by a better and more fortunate Leverkusen side, mobile betting sites report. So in the upcoming game against Mainz they will looking to collect their first three points, however the odds are stacked against them 3.80 (14/5).

Bayern Munich vs Leverkusen and Bremen vs Monchengladbach

How will Vidal do against his old club?

Bayern have made some interesting recruits this season. They upgraded their squad with Arturo Vidal from Juventus for 37 million euros with an additional 3 million in bonuses. They also brought in Douglas Costa for a total of 30 million euros from Shakhtar, a player that will help them in the front line. Defensive midfielder Joshua Kimmich was signed from Stuttgart for around EUR 8.5 million, among other players.

All of these stars will definitely boost their already star-studded squad, which boasts the likes of Gotze, Lewandowski, Robben, Ribery and Manuel Neuer and others. That is why they will most likely pull off an easy win against Leverkusen, with their odds being 1.33 (1/3). The travelling team are outsiders 9.00 (8/1), while a draw between the two also seems unlikely 5.25 (17/4), according to Bet365. No matter which way the game goes, fans from both sides will undoubtedly be delighted to see all these stars line up for the match.

Punters should definitely look into the Bremen vs Monchengladbach game, as it provides interesting betting opportunities. The hosts have lost 0:3 against Schalke in their first game at home, and then they followed that with a 1-1 tie against Hertha. online sportsbooks in Germany don’t rank them as the strong side, by giving them unfavourable chances against their upcoming opponents 3.20 (11/5).

Monchengladbach have suffered even more disappointing results by recording 2 losses in their first 2 games of the new season. First, Dortmund thrashed them a huge 4:0, while the second defeat came from Mainz, a game that resulted in a 1:2 loss. Despite this, Bet365 believes that have decent chances of getting the 3 points against Bremen away. Their odds are 2.25 (5/4), while a draw stands at 3.40 (12/5). Looking at the previous 2 matches of both teams, a tie between them is the most likely outcome.