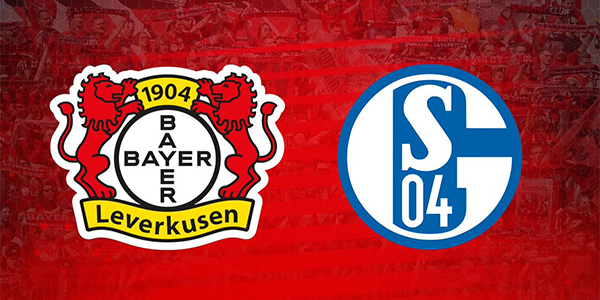 Ladies and gentleman stay tuned with Bundesliga Matchday 24 highlight fixture when Bayer Leverkusen host Schlake on next Friday, Feb 25. Schalke’s evergreen center-back Naldo will face off the Jamaican 20 years old talent Leon Baily. This will be one heck of a contest over two halves and 90 bruising minutes.

The two top tier Bundesliga teams have finished in the mid-table last season. Thus their campaign has dramatically changed putting all effort to finish among top 4 this season. Adding to that, the two teams have successfully placed themselves for the German Cup semi-finals in next April. According to online sportsbooks in Germany Bayer Leverkusen vs Schalke will be the Bundesliga Matchday 24 highlight fixture, and it will be a decisive game for who deserves to sit among the top 04.

Can the Jamaican Baily tilt the balance in favor of B04?

3rd placed B04 with 38 points in Bundesliga will be comfortably equipped with their returning young talent Leon Baily who successfully broke the team’s stalemate in last outing against Hamburg, by opening the score-line in the first half and paving the way for (2-1) victory. Baily will probably be lined-up to rain the visitors with his unusually quick and tricky attacks. Do you think he can tilt the balance in favor of Bayer Leverkusen again as he did in September, when Bayer vs Schalke ended in a (1-1) draw?

A tough outing for Schalke

Schalke are facing unstable record this season, although better than the last season. They started their 2018 run with the second spot in Bundesliga and after just one month they dramatically slipped down to the fifth place with 37 points. They are only one point behind the top 04, but if they lose their outing at BeyArena they will further slip down the line and face a wider gap from the other competitors.

They will rely on their experienced defenders and their young coach Domenico Tedesco to seal off the dangerous area and fight back for at least a draw. Yet the hosts enjoy incredible goal scoring variety, with 13 different players hitting the net this season. So it’s not only Baily who is expected to pose imminent threat.

The online sportsbooks in Germany suggest Bayer Leverkusen to be the home side favourites, although they have encountered lately two painful defeats on their home ground by both the German leaders Bayern Munich and the mid-table team Hertha Berlin. Nevertheless their strong starting eleven and their young enthusiastic attacking force will probably help the team claim a victory. If you support Bayer Leverkusen to win place your bet at Pinnacle Sportsbook with (1.892) odds for B04, (4.250) for Schalke, and (3.840) odds for a draw.