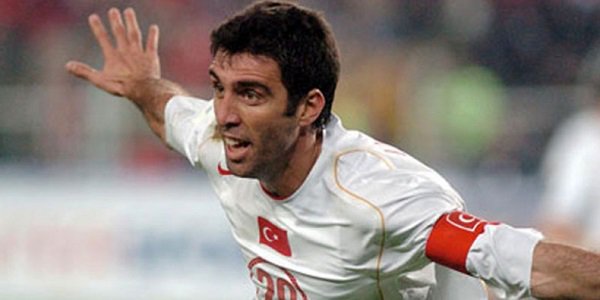 Online sportsbook news sites in Turkey are all about one thing these past few days: Hakan Sukur has been basically declared an ‘Enemy of the State.’ He will be sent to prison for life – as soon as he returns to Turkey, because luckily he left his home country years ago, together with his entire family. For a good reason.

If you have heard anything about the political situation of turkey these past few years, you must know about the coup scandal from a while ago. Turkish President Erdogan blames everything on US-based 76-year-old Fetullah Gülen. Erdogan’s enemy organized to coup to overthrow Turkish democracy that’s the main message.

The Turkish-American is followed by many, including the likes of Hakan Sukur, according to the minister and that means, according to the entire nation. The propaganda reached yet another level in the country, which was already strong enough on Orwell’s Goldsteinism. However, it will be interesting to see the mass hating the man they all loved so dearly only 16 years ago, when he helped Turkey to win the World Cup bronze medal.

Propaganda and sports have always been a great pair…

Arresting football players because it is politically beneficial for the oppressing government is not a new thing at all – many have done that in the past as well. One of the best stories when it comes to the history of propaganda in football originates from Hungary. You might not be aware, but back in the 1950s, the Hungarian national team was actually a strong one.

By that time, the country was ruled by the communist party, which was obviously supported (owned) by the Soviet Union. One-party system, oppression, no human right, you know all that stuff. And what makes it even more interesting is the fact that propaganda in football was so strong. Well, it was incredibly powerful in all aspects of life. It was a great totalitarian system after all.

How Hungary suffered from propaganda in football

However, they forgot to think about one thing: what if Hungary loses the World Cup final? They didn’t need to do the maths, they experienced it: Germany beat Hungary in a match full of controversial decisions by the referee, but the point is the same: Hungary failed to win the World Cup.

But the totalitarian system was at a very young age at the time, so the society wasn’t enlightened enough. The people thought that if all along it was the party’s success that Hungary made it to the final, then it is the party’s failure that Hungary lost the World Cup trophy.

The Hungarian regime had to face the very first demonstrations after the lost World Cup final, because people were so angry and disappointed that they actually rose up and made their voices be heard. Two years later, the nation did that again, which resulted in the revolution of 1956.

Will Turkey end up the same way?

Well, it’s not impossible to imagine a violent demonstration in Turkey, especially if we take a look at the coup, which happened only a few years ago. How long till Erdogan can keep his power is he is to name all national heroes ‘enemies of the state’? How long till propaganda in football will become so obsolete that people will get tired of it? How peaceful is this game when you let politics interfere?