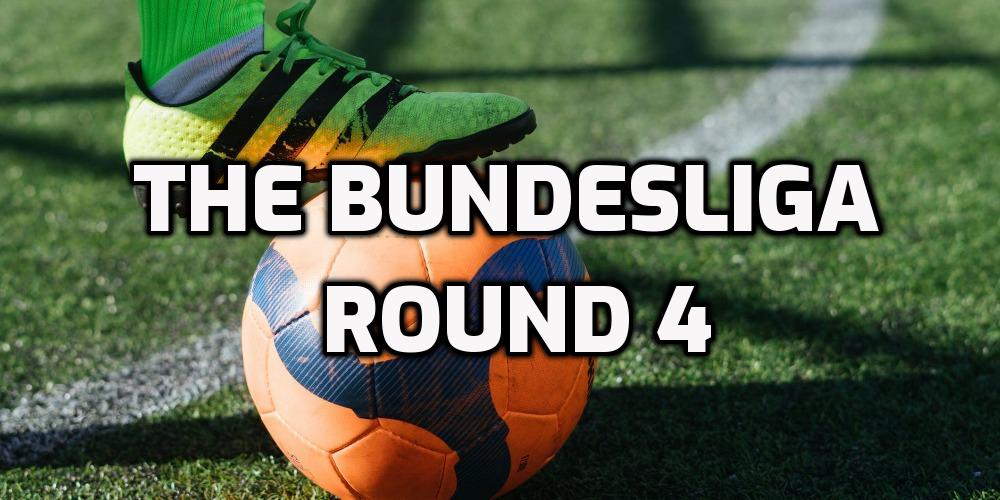 Some great derbies await for all Bundesliga fans this weekend including the Leverkusen vs Dortmund and the Leipzig vs Bayern matches. The Bundesliga round 4 betting preview favors the guests in both games. But surely the home teams will do everything to keep all three points at home. Let’s see the odds for these and other top ties at the weekends.

After the World Cup qualifiers, players will return to their teams in all European leagues, including the Bundesliga. Where a really exciting round is scheduled for this weekend with some real derbies. Like the RB Leipzig vs Bayern Munich game where last season’s runners-up will host the champions. But the Bayer Leverkusen vs Borussia Dortmund match can also bring an exciting game. Just like the Freiburg vs 1.FC Koln tie. The current leader and the only team on 100%, Vfl Wolfsburg will visit the home of Greuther Furth who only has one point so far. It will be interesting to see how the clubs can perform after the international break with several players also members of the national teams.

Bundesliga Round 4 Betting Preview Favor Bayern to Win in Leipzig

The new, 2021-22 season hasn’t started too well for RB Leipzig as they lost against Mainz and Wolfsburg away. They only stand in 10th place with their only win against Stuttgart. The team lost several key players in the summer, like Dayot Upamecano and Ibrahima Konate. And most recently Marcel Sabitzer joined their upcoming opponent, Bayern Munich. Just like Upamecano did earlier. What’s more, Leipzig also lost its manager to the champions, Julian Nagelsmann, who was replaced by Salzburg manager Jesse Marsch.

Online sportsbooks in Germany expect the guests, the reigning champions, to win the game on Saturday. They offer the odds of 2.11 for Bayern’s victory. Who started the new season with two wins and a 1-1 draw against Borussia Monchengladbach. Now surely the team will go for the victory in Leipzig. And Nagelsmann can bring some useful information about his former club to achieve that. Even though Bayern might need to miss Thomas Muller, Corentin Tolisso, and Upamecano at the weekends, they are still favored to win the game. While Leipzig has the odds of 3.096 for a win in the Bundesliga round 4 betting preview.

Bayer Leverkusen currently stands in second place in the table thanks to their two victories and a draw against Union Berlin. With some new signings like Ivorian Odilon Kossounou and French forward Amine Adli, the team seems to be a strong contender for the title. But they will face a much more threatening side, Borussia Dortmund this weekend. Marco Rose’s team also got two wins in the season but lost against Freiburg in the second round. Now Erling Haaland and his teammates have the odds of 2.07 to win in the BayArena. Online gambling sites in Germany offer the odds of 3.13 for the home team’s victory.

The current leader of the league, Wolfsburg can continue their winning streak against Greuther Furth. Mark van Bommel’s team has won all three games so far including their latest against RB Leipzig. Meanwhile, Furth has only one point from three games and would need a superb performance to beat the leaders. The guests have the odds of 1.585 to take home all three points. A more balanced game is expected between Freiburg and Koln who stand at the moment in 4th and 6th places. The hosts won 3-2 in Stuttgart with the brace of  Wooyeong Jeong. The 21-year-old South Korean scored his first double in the Bundesliga on his 30th appearance. Freiburg also defeated Dortmund in the previous round with another great play. Now they are favored to win against Koln as well with the odds of 2.13 on 22Bet.

You can discover more about 22 Bet Sportsbook here