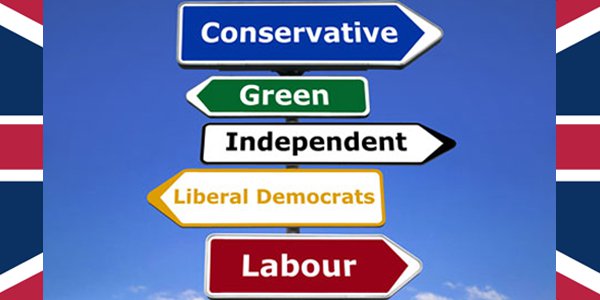 The typically quite staid atmosphere of British politics has recently been sent into a frenzy by surprising results in some unforeseen elections.

If you think the outbreak of Ebola in western Africa has sent ripples of fear and panic around the world the possibility of slowly bleeding to death in an isolation ward staffed by scantily clad health workers is as to nothing when compared with the political earthquake that has swept across the UK over the last week. In a country where the three major parties have dominated proceedings for hundreds of years the arrival of a new populist force on the scene has caused the sort of panic in Westminster a disease could only dream of.

• First UKIP MP elected in Clacton
• UKIP nearly wins in Heywood and Middleton
• Is Britain lurching to the right?

With a general election likely to be held on May 7th 2015, unless the governing Conservative party decides to take a shot at it early, all eyes have turned to the by-elections to see what the public is thinking. By-elections are single constituency votes that occur outside the normal schedule of local or general elections when an MP is forced to stand down, resigns due to media reports about his private life or simply dies… sometimes it’s all three. They are often seen much akin the US mid-terms (coming up this November) in that people usually use them to give the government a kicking.

There have been two of these recently and the results, far from being just another side-show, produced results that sent waves of quivering, knicker-wetting fear through the political classes in the UK. This wasn’t due to a sudden surge to the main party of opposition, Labour, indeed far from it, no, the cause of this hysterical panic was the rise of the until now fringe party UKIP which has been around for 21 years but only just won it’s first MP.

The Clacton by-election was a bizarre instance of British politics where the sitting MP, Mr Douglas Carswell, defected from the governing Conservative party to UKIP. By doing so he triggering a by-election in his constituency… a by-election he promptly won with 59.6% of the vote. Winning back a seat he’s already held for 7 years Carswell became UKIP’s first MP and with that the pigeons were scattered, their bowels emptying all the way back to parliament and it’s three major parties. Oddly it was by no means the worst news of the night.

Is Labour Losing Its Luck?

At the same time as the almost foregone conclusion of Carswell being re-elected under new colors played out (much to the amusement of the media who love seeing the major parties get a kicking however staged and predictable it might be) another by-election in the constituency of Heywood and Middleton saw an even more surprising result. It is one thing to be the Conservative government and lose out to a fringe party of right wing nutters, another to almost lose a safe seat whilst in opposition.

Is Labour losing its luck?

Heywood and Middleton is what is termed as a “safe” Labour seat in the Greater Manchester area that has traditionally backed the party to the hilt in every election for the last thirty years. The death of their sitting MP prompted the by-election but it’s anyone’s guess what prompted the voters to almost throw out the assigned Labour candidate in favor of a UKIP challenger. So close was the vote they had to ask for a recount and despite Labour winning they only did so by 617 votes.

With a general election less than a year away this has been a stinging rebuke for the major parties in Westminster. The Conservatives lost to a party so light on actual policies it could float away on the breeze, and the Labour opposition nearly lost one of its most secure seats to precisely the same bunch of fringe lunatics. As with so many instances the near miss for Labour perhaps far more frightening than the actual loss the Conservatives suffered. Governments lose the odd by-election, opposition parties are supposed to win them.

Somewhat brilliantly for those of us that like watching the passive-aggressive circus that is British politics, there has now been a third by-election triggered by MP Mark Reckless defecting from the Conservatives and running into the arms of UKIPs rising star (or possibly swastika). His constituency of Rochester and Strood is likely to go to the polls mid-November and for David Cameron’s government it’s all hands on deck because whilst losing one by-election to a bunch of right-wing whackjobs is politics, losing two is suicide.

The Rise Of The Nutters?

Indeed David Cameron is already facing rumours of a possible leadership challenge should the party fail to retain the seat of Rochester and Strood in November. The 46 signatures that would require are said to be hiding in the wings awaiting results, but with online gambling sites in the UK primed and ready, Cameron’s career is on the line. Thus far, it doesn’t look good for Dave, Bet365 are giving UKIP 2/9 to win with the Conservatives just behind at 3/1, and if those odds veer away from each other much more than they already are and the knives will be out on the back benches.

Gambling news of a victory in Rochester and Strood will hold him over till the general election Cameron is perhaps just slightly at advantage over his main opponent, Labour’s Ed Milliband. Whilst Ed doesn’t have to worry about Rochester and Strood, Labour is 33/1 to win there (and it’s not really even that likely), the near miss in Heywood and Middleton means he too is facing questions about his leadership, which has suffered greatly from his somewhat ungainly demeanor and appearance.

Internet betting in the UK has veritably lit up as the media stokes the hype-furnace and places as much pressure on the parties of parliament as it possibly can in revenge for all the times they wouldn’t give them a decent quote. The Conservatives face the problems of government, Labour the problems of perception and the Liberal Democrats simply don’t count any more after their betrayal of their voters at the last general election when they entered a coalition with the Conservatives.

The recent publicity that surrounds the UKIP nutters will probably not translate into any meaningful numbers of MPs come the next general election. With few policies and no experience UKIP isn’t a party of government but of protest and as with most protest parties it’ll fade and die overtime as it turns in on itself. BetVictor has Labour 8/11 to win most seats come May next year, the Tories get 11/10, UKIP are miles away at an unrealistically short 33/1 and the Liberal Democrats? They’re being given 200/1, which might be slightly better than the finger they can expect in the next election.