Camelot is the Only Bidder for the Pennsylvania Lottery

Camelot may win a 20-year contract to run the Pennsylvania Lottery. 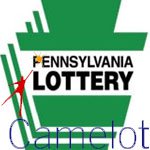 American gambling news report that Camelot Global Services is the only bidder in the tender for the 20-year contract to manage the Pennsylvania Lottery.

According to the State Department of Revenue, the Camelot could be awarded the contract by the end of this year following an investigation of tis criminal background and financial history.

The American gambling law department in Pennsylvania is also considering Camelot’s past and projected lottery performance against its offer to secure possible profit growth above what the 41-year-old Pennsylvania Lottery could achieve on its own.

Revenue Secretary Dan Meuser commented: “The receipt of a priced bid represents an important milestone in this process. While there are several additional steps before we’ll be prepared to make a final decision … it is encouraging to see the potential private manager propose 20 years of significant profit growth.”

The state-run Pennsylvania Lottery had ticket sales in the value of $3.2 billion last year. All lottery proceeds, of around $1 Billion were spent on funding benefit programs for the elderly.

The Camelot Group is owned by the Ontario Teachers’ Pension Plan who paid GBP 389 Million for the group in 2010. The UK National Lottery operated by Camelot reported a highest ever GBP 3,528.8 million sales for the first half of the year 2012.

The UK National Lottery has awarded GBP 1.86 billion in prize money to players and donated GBP 952.8 million for good causes.