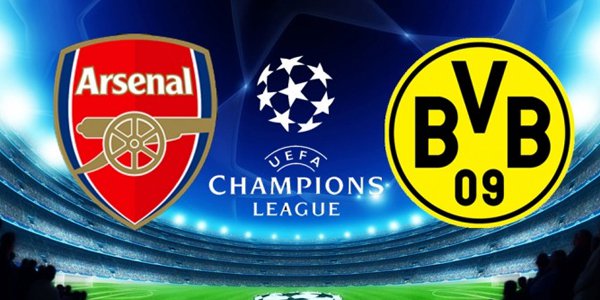 Arsenal travel to Dortmund once again to meet Borussia for their first Champions League clash of the season.

Football fans and punters betting under British gambling laws have only hours of waiting left until the new season of Champions League kicks off tonight. Eight matches in 4 groups will be held today setting the action under way and providing punters with plenty of opportunities to bet.

One of the biggest matches of the day will of course be the Borussia Dortmund v Arsenal clash. Yes, it’s a repeat of last season’s group rivalry, when Arsenal were beaten to first place on goal difference. Naturally, the Gunners are back to take revenge over the Germans, and their summer transfer campaign with some significant signings is another confirmation that Arsene Wenger is serious about going further than the Last 16 they achieved last season.

• Online sportsbooks in the UK are already taking betting action

• Arsenal have beaten Borussia the last time around

It will be the third time in last 4 seasons that Arsenal and Borussia are drawn together in 1 group. During these recent meetings Arsenal managed to win 1-0 at Signal-Iduna-Park, after losing 1-2 in London. In 2011/2012 season the Gunners drew 1-1 in Dortmund, but managed to win 2-1 at the Emirates. It is only natural to expect Borussia to be hungry for revenge on home turf.

Those who bet on sports in the UK know that Borussia Dortmund are of course the Champions League winner of 1996/1997 season and runners-up of two years ago. The team enter their tenth group competition, and last year they went all the way until the quarters, where they were beaten by Real Madrid, who went on to take the record-setting 10th crown.

When Borussia lost to Arsenal last season it was their first defeat against an English club in any European competition, and the Gunners have actually ended Borussia’s seven successive home wins in Champions League streak with that win.

Arsenal are back for staggering 17th successive Champions League group competition, going through Besiktas in play-offs this time around. And who else to score the winner, but Alexis Sanchez, their latest signing, making it the first goal for his new squad.

The Gunners were knocked out at Last 16 stage for the fourth consecutive season last year, losing to Bayern for the second time in a row at this stage. However, Arsenal haven’t lost a single opening Champions League game in 10 years, winning 8 of them. The Gunners have an average statistics against the German teams playing away: W5 D5 L5, with the overall figures telling a better story: W14 D6 L10.

Sadly enough all the pre-match discussions now seem to center on injuries from both sides. Borussia will most probably not have Marco Reus, Kuba, and Mats Hummels, however, Pierre-Emerick Aubameyang and Ciro Immobile are back in action and will most probably play. Naturally, Jurgen Klopp had to regroup the team a little bit following Robert Lewandowski’s departure over the summer.

As for Arsenal, Olivier Giroud and Mathieu Debuchy have joined Theo Walcott in the recovery ward. But the arrival of Alexis Sanchez and Danny Welbeck was quite welcome and should help Arsene Wenger build a much better team than last season.

The other two teams in Group D are Galatasaray and Anderlecht. And it’s only natural to see online sportsbooks in the United Kingdom not really counting on the outsiders to provide Arsenal or Borussia with any kind of trouble on their way to the top two spots in the group. There will be resistance of course, but it’s widely expected that the two qualifying places will be primarily contested between the Gunners and Borussia Dortmund.

Since the match is held in Dortmund it’s no surprise that Bet365 favors Borussia to win with 2.10 odds while giving Arsenal a line of 3.60 to keep their winning record and valuing the draw at 3.75.Considering the fact that last year, Borussia lost to the Gunners at home, they will be extra motivated to avoid defeat this time around.

It’s interesting to see that Bet365 mostly favors Borussia players to score first. Thus Ciro Immobile is the best option with 5.50 odds, followed by Adrian Ramos at 6.00 and Pierre-Emerick Aubameyang at 6.50, while Henrikh Mkhitaryan received 7.00 to fin the back of the net first.

As for Arsenal, it’s Alexis Sanchez and Danny Welbeck who lead the way with 8.00 odds each to put their name on the scoresheet first. Lukas Podolski is next with 9.00 odds, followed by Aaron Ramsey and Yaya Sanogo at 10.00 each. Joel Campbell is next with a line of 12.00 to score first.