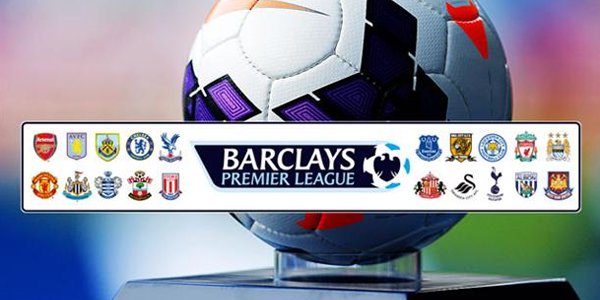 After the events of Champions League and Europa League it’s time for Premier League betting over the weekend.

Premier League betting continues this weekend grabbing interesting of punters wagering under British gambling laws after Champions League and Europa League week. The Round 7 matches will be the last ones before all European leagues take a two-week break for the EURO 2016 Qualifiers.

There’s a total of six British teams in the European Cups, which means that besides the domestic league and cups, those who bet on sports in the UK have plenty of opportunities to follow and profit from their favorite squads’ performance during the season.

The previous Premier League weekend wasn’t too fruitful on surprise results, with all the favorites securing three points in their games and both the Merseyside and Northern London Derbies ending up in 1-1 ties. The upcoming weekend is full of interesting fixtures promising hot betting odds at online sportsbooks in the United Kingdom. Let’s take a look at the most promising fixtures from rewarding betting odds point of view.

The Swans are way up in the 5th spot in the table, even despite being held to a 0-0 draw by Sunderland last weekend. Newcastle on the other hand are second to bottom with only 3 points from 6 games. The Toon were starting to shine against Stoke this Monday, but ended up suffering their 16th defeat in the Premier League during the year 2014.

Swansea were off to a very impressive start of the season, and although it now looks to be tailing off, they can be fully excused for the loss at Chelsea. Losing to Southampton and drawing with Sunderland can also be explained by some questionable red cards.

Everything considered, Newcastle will still be able to hold the Swans to a draw, but the chances of them winning are pretty slim. This can clearly be seen in the online bookies’ odds for the match: according to Bet365, Swansea are the favorites with short odds of 1.90 compared to 4.33 for Newcastle and 3.70 for the draw.

Arsenal fans still remember the humiliating 0-6 defeat to Chelsea last season, and will surely be cheering for their Gunners to try and avenge themselves at Stamford Bridge. Chelsea are extremely strong this season, there’s no doubt about that, it’s enough to look at the table and see the Blues atop of it with 16 points, and Arsenal only in 4th spot with 10.

The Gunners can certainly do this, considering they are on a good momentum after beating Galatasaray 4-1 in Champions League. After all, Arsenal are the only team to upset the Blues at Stamford Bridge more often than any other team in the league.

However, cold statistics tell us that Arsenal have failed to win any of their last 14 Premier League fixtures against Man United, Man City, and Chelsea, so the figures are not on their side. Chelsea on the other hand have 100% home record this season, and there seems to be no reason for them to stop this weekend.

Bet365 favors the Blues with a short line of 1.66 giving Arsenal long odds of 5.25 and paying at 4.25 for the tie. While Chelsea’s odds are too small to be a rewarding payout, the line for the draw seems to be an attractive one, and could be the choice of smart punters this weekend.

West Ham are having a rather inconsistent season and while they managed to beat Crystal Palace and even Liverpool, they were defeated by Southampton and only 10-men strong Man United. However, Sam Allardyce’s squad is pretty good at finding the back of the net, with 10 goals in their last 5 matches, which is 6 more than QPR scores throughout the season.

Adding to weak QPR’s troubles is the absence of Joey Barton and Jordan Mutch. The bookies expect Harry Redknapp’s men to struggle at Upton Park. West Ham enjoy a short line of 1.90 from Bet365 to win, while QPR had to settle for 4.50 odds and the tie stands at 3.60.

Hull may be placed in the bottom part of the table with only 6 points from 6 games, but no one can deny they are providing their fans with lots of entertainment this season. All of their six games have gone overs in terms of betting on goals, and there has been a total of 11 goals in their last two matches.

Crystal Palace are not that far behind with two 3-2 results in their last three fixtures, but 2 points more and a lot of positions in between the teams. The upcoming fixture is widely expected to be a goalfest and betting on over 2.5 goals at 2.10 odds from Bet365 is certainly a smart move.

Otherwise, Hull are favored to win at home with a line of 2.10 from Bet365, while the visiting team received 3.80 odds to prove the bookies wrong. The tie, which is highly unlikely here, will be paying at 3.50 odds.